The government announces a $175 million arts and creative sector recovery package, Auckland and Wellington take financial hits due to Covid-19 and there were no new cases today. 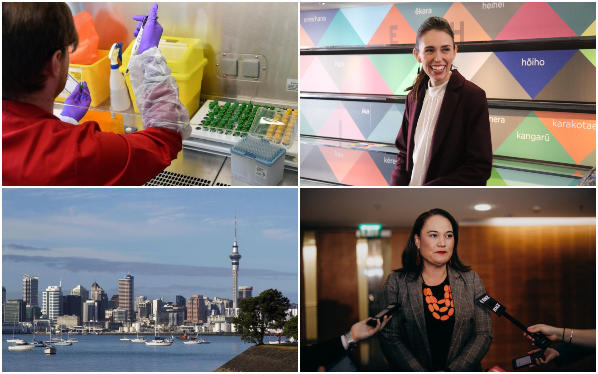 The Ministry of Health said there wereno new cases of Covid-19 in the country today, with New Zealand marking a week since its last confirmed case.

In a statement, the ministry said the total number of confirmed cases remains at 1154. The combined total of confirmed and probable cases is 1504.

There is just just one active case remaining. There were eight cases yesterday, the first time since 16 March New Zealand was in single digits. A total of 1481 people have now recovered.

Nobody is in hospital with the coronavirus, and there have been no further deaths.

Laboratories completed 4162 tests, bringing the total number of tests completed to date to 275,852.

As of midday, the 10-person gathering restriction was eased, to expand to 100.

Groups of up to 100 people are permitted to gather under level 2, including events at home, religious services, parties, weddings, tangihanga and funerals.

"The person in charge of a social gathering must ensure records are kept for contact tracing purposes, except in cases where every person in a gathering knows each other," the Health Ministry said.

The rules of "seated, separated, single-server" still apply for hospitality businesses, but they can now take group bookings for more than 10 people.

The government has announced a $175m package to boost the arts and creative sector in the wake of Covid-19.

Many artists and musicians welcomed the government's cash injection aimed at protecting 90,000 jobs.

The government also announced an extra $60m over two years for the nation's libraries.

The government will start publicly releasing wage subsidy audit and repayment data weekly after it was revealed it was only being collected every three months.

Social Development Minister Carmel Sepuloni's office came under fire from the National Party after it was revealed the number of complaints, audits and money paid back to the wage benefit scheme was only being reported quarterly.

The Ministry of Social Development had refused to provide up-to-date auditing numbers, treating RNZ's inquiries as an Official Information Act request and saying the data would be available at the end of June.

A member of Sepuloni's office had said they were not receiving regular audit updates and that was "not something we're interested in".

Sepuloni this afternoon appeared to have backed down on that, saying audit data would now be reported on a weekly basis.

Deep cuts to Auckland City services are on the way because of the huge financial hit from the Covid-19 crisis.

The council, which is receiving about $500 million less in revenue, says it will have to cut spending, reduce staff and cut pay, as well as defer projects.

There is less money coming in from the council's venues and facilities, less from public transport and parking, and smaller dividends from its shareholdings.

Whatever happens, it says, it will have to cut spending, defer projects, reduce staff and cut pay.

While in Wellington, some shops and cafes in the CBD have reported that trade is still down 40 percent.

Half of commercial property in Wellington's CBD is leased to government departments and although 40,000 people usually work in the CBD, it is estimated that is still down 30 percent.

The National Party says it is not looking at cutting welfare payments if elected.

It comes as Stats NZ revealed that 37,500 people became unemployed in April, which is a record monthly drop.

It also reported a rise of more than, 30,000 people claiming the Jobseeker Support benefit.

National finance spokesperson Paul Goldsmith said welfare cuts were not on the agenda for the party.

"There's no talk of dropping benefit levels at all," he said.

"We will have to spend more overall on benefits because there will be more New Zealanders on benefits. The real challenge is to try and reduce that growth of numbers and to ensure that as many New Zealanders as possible retain their jobs."

Goldsmith said another challenge was to get people back into jobs with a growing economy. 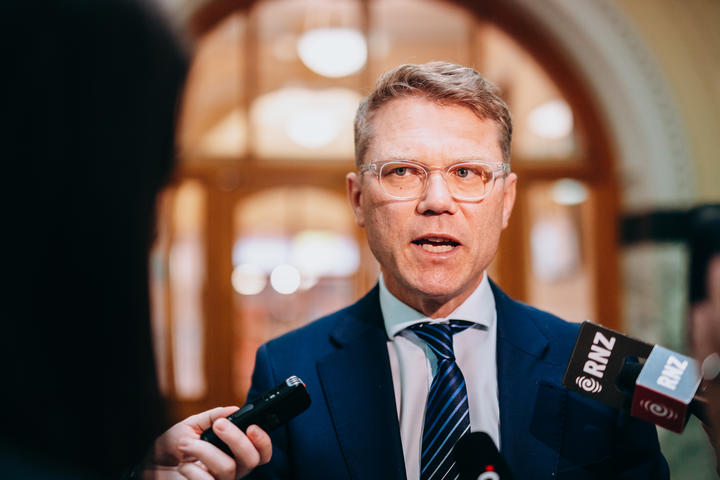 New Covid-19 antibody blood test to be used in NZ

The number of confirmed Covid-19 cases across New Zealand could rise - thanks to a new blood test.

Scientists expect the test to reveal some cases of Covid-19 that were missed because of initial rules around swab testing, and potential community transmission.

The study will target healthcare workers, close contacts of confirmed cases or those considered at "higher-risk" of contracting the virus across hotspots in the Southern Region.

The research by Southern Community Labs alongside Southern District Health Board, and Auckland and Otago universities uses a new test to see if a person was infected with Covid-19 but was missed during swab testing.

The test - named the Abbott antibody test - can check for past exposure of Covid-19 by indicating if a person has antibodies to the virus from previous infection.

While the test is not useful for diagnosis of active cases, it shows whether someone has been exposed to the virus previously.

The research is the first of its kind in New Zealand and could provide vital information about community spread and how to manage if a second wave hits.

World leaders warn pandemic could roll back progress for women

They who held a virtual summit with United Nations officials and leaders from Canada, Costa Rica and Senegal.

More than 200 schools across South Korea were forced to return to online teaching just days after being allowed back in the classroom.

Most of the affected schools are in an area outside of Seoul which has seen a fresh outbreak of the virus.