The government will start publicly releasing wage subsidy audit and repayment data weekly after it was revealed it was only being collected every three months. 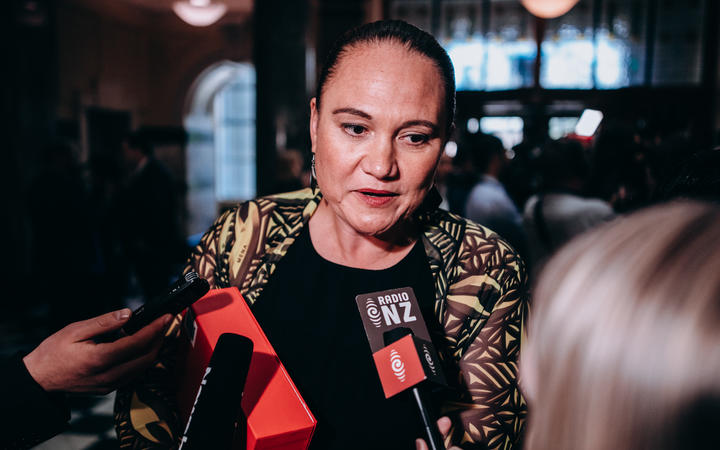 Social Development Minister Carmel Sepuloni's office came under fire from the National Party this morning after it was revealed the number of complaints, audits and money paid back to the wage benefit scheme was only being reported quarterly.

The Ministry of Social Development had refused to provide up-to-date auditing numbers, treating RNZ's inquiries as an Official Information Act request and saying the data would be available at the end of June.

National's Finance spokesperson Paul Goldsmith said he was "shocked to hear that the minister is not really interested in potential fraud of a $10 billion scheme".

A member of Sepuloni's office had said they were not receiving regular audit updates and that was "not something we're interested in".

Sepuloni this afternoon appeared to have backed down on that, saying audit data would now be reported on a weekly basis.

"I've asked that the number of companies who have made repayment and the amount repaid be included in weekly public reporting in the future," Sepuloni said.

"I expect this will help to ensure the scheme isn't abused."

She said many businesses had reported the scheme was a lifeline for them and the numbers to date indicated the "vast bulk" of recipients had used the scheme for its intended purpose and within the rules.

"As we have previously said if a business provides false or misleading information and knowingly commits a crime, they will be held to account," she said.

Last month it was revealed 800 complaints about the scheme were laid in the space of just nine days, although only nine of those involved potential fraud.

Sepuloni said there had been 3278 refunds to the scheme so far, amounting to $83.4 million.