The move to gatherings of up to 100 people at midday comes just in time for Muslims to come together for Friday prayers for the first time in two months.

The treasurer of the Linwood mosque in Christchurch, Abdul Aziz, was busy using masking tape to place crosses on the floor of the masjid, one metre apart, when RNZ visited.

The crosses indicated where worshippers would be asked to position themselves during prayers so as to observe safe distancing rules.

Being more spread out meant the tiny mosque would not be able to hold all 100 of those coming on Friday, meaning some would have to pray outside, where speakers would be set up.

Not being able to worship at the mosque for so long had been tough, Aziz said.

The period under lockdown would normally have been the busiest time of year at the mosque with the community gathering each night during the holy month of Ramadan to break the fast together and share a communal meal.

Aziz said this year, that all had to happen at home.

"It was mixed emotions, you miss coming to the mosque and breaking the fast and everything, but you have the family all together as well, so there was good and bad in it." 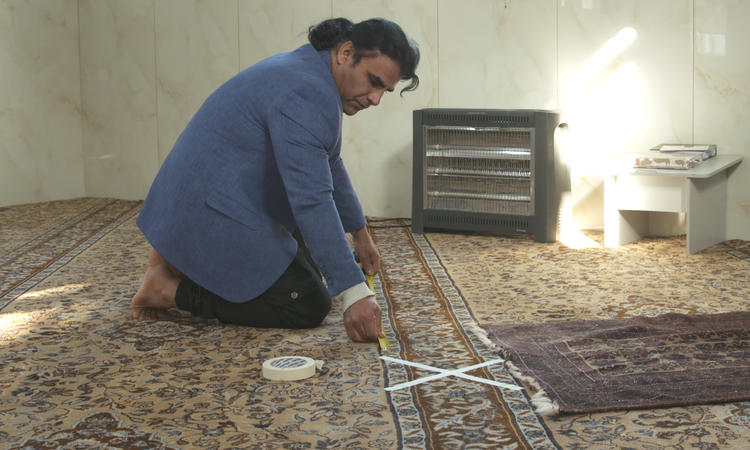 Those sentiments were shared by the mosque's chair, Ahmed Jahangir, who said this Ramadan ended up being extra special.

As well as ensuring people kept their distance on Friday, worshippers who did not have their own prayer mats would be issued with a sheet of paper that could be disposed of at the end of prayers.

The mosque's imam, Abdul Lateef, said he could barely wait to see people again after such a long time apart.

"It's something amazing... but we still have to keep the distance... but it's good of course, it's like you left home and you're visiting home again, seeing your dad, your mum, your sisters."

Lateef, said the new rules at the mosque were likely to be in place for a few more weeks before people could get back to normal and finally share a hug and a handshake.