Monday brought news that many people have been waiting to hear - you'll soon be able to interact with people outside your bubble. 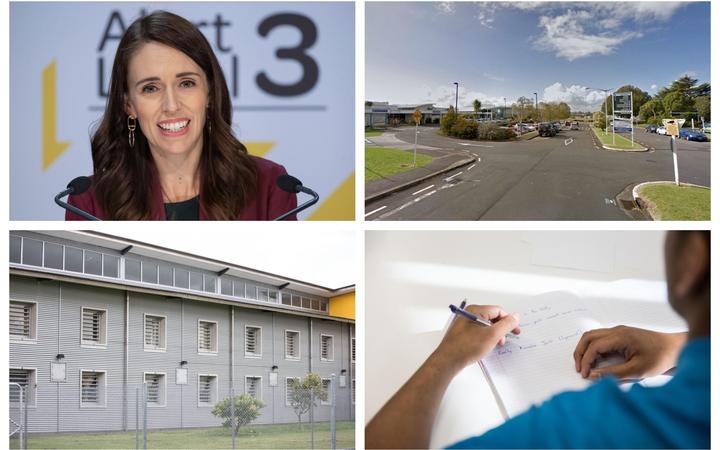 She said retail, malls, cafes, restaurants, cinemas and other public spaces including playgrounds and gyms would be able to reopen on Thursday, 14 May.

Schools would return to normal classes from Monday 18 May, while bars would have to wait until Thursday 21 May to reopen.

She warned that groupings would also be restricted to just 10 people.

There were three new cases of Covid-19 and no further deaths announced in a written statement from the Ministry of Health today.

The total number of confirmed and probable cases in this country is now 1497, with active cases at just 90.

Two of the cases were linked to the St Margaret's Hospital and Rest Home in Auckland, both nurses at Waitākere Hospital.

The Ministry of Health said both were asymptomatic throughout a stand-down period which they spent in precautionary self-isolation at home.

A woman who tested positive for Covid-19 had been in an Auckland jail for 10 days after refusing to be examined when she arrived from the United States.

The woman in her 20s agreed to be tested when she appeared in court last Friday. She was bailed out after it was confirmed she had been tested but before the result was known.

Corrections told RNZ's Checkpoint that during her time at Auckland Women's Prison, the woman was quarantined and had no contact with other prisoners.

Auckland is at greater risk from the coronavirus flare-up than the rest of the country, a leading Covid-19 data modeller says.

Te Pūnaha Matatini Covid-data modelling expert Shaun Hendy said Auckland remained a riskier prospect than other parts of the country - and not just because of its numbers.

Timetable changes, zoom meetings and a lot more hand washing will be features of the new-look schooling awaiting more than 800,000 children and teachers under alert level 2 in a week's time.

Principals' Federation president Perry Rush said schools had learned from the five weeks of remote learning they had so far completed.

He said principals had observed more emphasis on children having control over their own learning, more awareness of digital resources they could use in their teaching, and more effective relationship-building with their students.

Principal of Wakefield School and Nelson Principals' Association president Peter Verstappen said: "Schools are going to have to be a lot more vigilant around health and hygiene. We need to be able to assure families that they can send their children back to school safely, so we are going to have to make sure our systems are well in place for contact tracing should it become necessary, for managing hygiene and health."

The Green Building Council is proposing a housing plan it says would be a quick-fire way to stimulate the economy in the wake of Covid-19.

In a new report, it urges the government to invest in warmer homes, which it said could save billions of dollars, create jobs, save lives and lower carbon emissions.

Forty percent of New Zealand's homes are damp and mouldy and one in six people have respiratory problems because of it - some of the worst statistics in the OECD, the council said.

The report has three main recommendations:

SkyCity will consult on a proposal to slash a further 700 staff from its books. It follows last month's announcement of 200 staff redundancies as part of cost-cutting.

The company said the business needed to be sustainable in the medium and long-term to support the thousands of other jobs that would remain.

Its chief executive said the decision had been "incredibly tough".

Internal Air New Zealand documents predict it will be two years before the airline can hope to be back at 70 percent of its pre-Covid-19 long haul business.

The airline is flying just 5 percent of its usual international schedule and is in the process of laying off 950 full-time cabin crew across its Boeing 787 and Boeing 777 fleets.

It has already cut 300 pilot jobs, despite collecting more than $70 million in wage subsidies and being granted a $900 million government loan.