Analysis - An open letter to the prime minister full of misinformation about the coronavirus was doing the rounds on social media late last month, at the same time headlines were appearing about how trust in news in New Zealand is high by international standards.

The letter, written by independent journalist Peter Drew, questioned the projected World Health Organisation (WHO) death figures and suggested the New Zealand government's response to the Covid-19 crisis was excessive and not based on evidence.

Ironically, a number of the letter's assertions were backed up by referencing less-than-reputable sources, such as Dailywire.com (which the fact-checking website Snopes says 'has a tendency to share stories that are taken out of context or not verified') or were based on Drew's own interpretation of evidence.

For example, he accused the WHO of fraudulently exaggerating the Covid-19 death ratio by only considering the number of deaths in relation to cases that had tested positive and excluding the infected who had not been tested.

However, the WHO have never claimed to know a definitive death ratio among all infected with the coronavirus. In March, they said about 3.4 percent of reported confirmed Covid-19 cases around the world had died, but that the death rate among all those infected will be lower and the true mortality rate of Covid-19 will take some time to fully understand.

Drew also held up Sweden as an example of where lockdown measures had not been implemented at all and was experiencing low death rates. This simply isn't true - the country has had a death toll of over 3000, a much higher figure than the combined toll of Scandinavian neighbours Denmark and Norway, which have both taken stricter lockdown measures and have recorded fewer than 1000 deaths between them.

Nevertheless, the letter has been shared widely on social media by New Zealanders, with one instance of it being shared 20,000 times on Facebook alone.

What can we make of the fact that the widespread sharing of this letter on social media occurred during the same week as the publication of research that found 53 percent of New Zealanders agreed they can trust news 'most of the time'?

When I contacted Drew to ask him about why he thought the letter was spread so widely, he said that people were no longer confident that they were getting independent and unbiased information from the media, so instead were looking elsewhere to try to find alternative reliable sources of information.

But Dr Jess Berentson-Shaw, author of A Matter of Fact: Talking Truth in a Post-truth World, told me it was not as simple as assuming the sharers of Drew's open letter did not trust the media at all.

"In any one issue, there are groups of people who don't have particularly strong views on that issue. It's a little bit like a bell curve really - there are people who feel very strongly that we're doing the right thing, like epidemiologists, down one end, and then there's people who feel very strongly anti-government, 'conspiracy'-type people, and then there's everybody else who sit in the middle."

It was the openness and curiosity of people that filled the middle ground that might read this open letter and wonder if there were elements of truth to it, which could lead them to share it in a well-meaning way, Dr Berentson-Shaw said.

"That's how you see misinformation being spread in a digital age. People are sitting in the middle, they're like 'hmm, I'm kind of concerned about this, this is interesting, I'll share it', and then one of the things that we see happening with that is that it amplifies incorrect information." 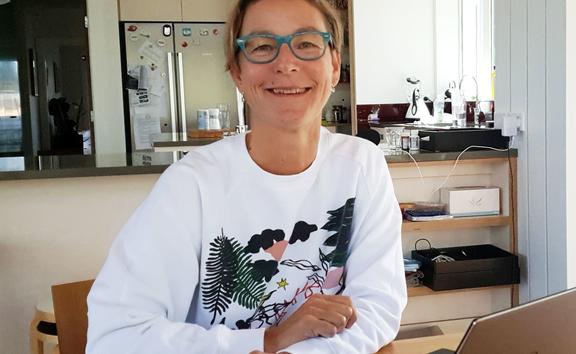 It's particularly difficult when misinformation mimics markers of legitimacy. One of the co-authors of the trust in news research, AUT's Dr Merja Myllylahti, said the letter is dressed up as a news story in a number of ways, such as through its reference to multiple sources.

"The structure of these stories might be misleading for a lot of people. A news story normally has evidence or facts, so when these stories also refer to 'evidence' and 'facts', it's really confusing for readers.

"A lot of people don't have fact checking tools or the capability to actually check those facts. When you have an avalanche of misinformation, it's very, very difficult then for individual people to go and sort out what is fake and what is not."

Indeed, the letter frequently mentions the importance of "facts", "evidence" and "rational thinking", which Dr Berentson-Shaw said could appeal to people's "value sets" that might prioritise the idea of intelligence and cleverness.

"Assuming that these people are stupid is part of the problem. People are interested, they're curious. Often for people sitting in the middle, they are wanting to be persuaded about an argument, and they're often engaged."

"For lots of people, knowing what a trustworthy source or a good source is is really difficult. And that's not because people are stupid. It's because the structures of the internet make it really difficult to tell."

"One of the errors that is made in trying to address misinformation is having a really shallow model of why people think or believe misinformation. It's kind of like seeing people as a vessel in which you pour information into: bad information has been poured into these people, so we just need to fill them up with good information."

She explained people don't believe misinformation simply because they've been exposed to it.

"People believe misinformation because of a whole lot of pre-existing mental models and cultural beliefs about the world… in layman's terms, long-standing stories that people have about how the world works, which will make them more prone to believing that information."

Dr Berentson-Shaw said the challenge for policymakers, journalists and others trying to combat misinformation was therefore not to try to counter it just with facts alone, but to understand how important it was to build narratives that tapped into people's deeper values and concerns.

Ultimately, the way to battle misinformation was not to dive straight in and tell people they've got it all wrong, or as Dr Berentson-Shaw put it, "negate a frame". If the media is to maintain the trust of New Zealanders, then, it is crucial for them to keep this in mind.

"It's really important for journalists and media to realise that myth-busting, for example, is a mechanism that amplifies misinformation, and so it shouldn't be done. You can frame accurate facts without myth-busting and negating a frame… It heartens me that New Zealanders have high trust in mainstream media, but there is work to be done in maintaining that trust and maintaining responsibility as well," Dr Berentson-Shaw said.

* Ximena Smith is a Kiwi journalist currently living and working in London.