The path of a new permanent road linking Raetihi and Whanganui has been chosen seven months after the original highway was destroyed in a massive slip. 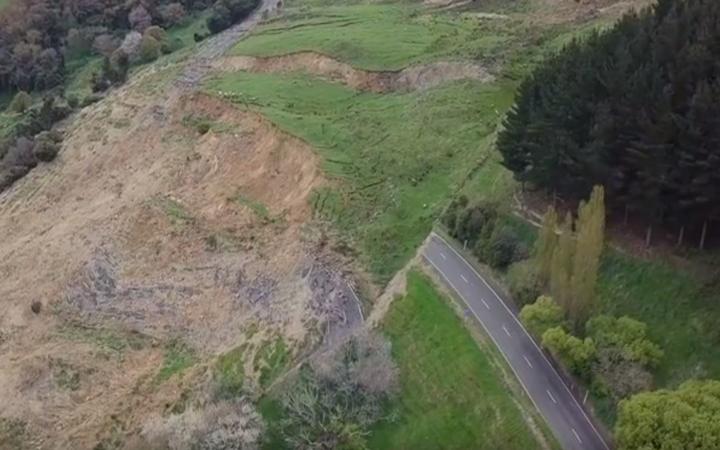 The road between the two towns was swept away by a slip in October. Photo: RNZ

A 400m section of State Highway 4 was wiped out in October - adding an extra 90 minutes driving time between the two towns - before a temporary road was built in December.

The Transport Agency said the new permanent road would cross a stabilised section of the slip and follow a similar path to the temporary road.

Work on the design and resource consents is under way, with construction to start at the end of next year.