Record low traffic and public transport data from the third week of lockdown shows New Zealanders are continuing to heed the message to stay home. 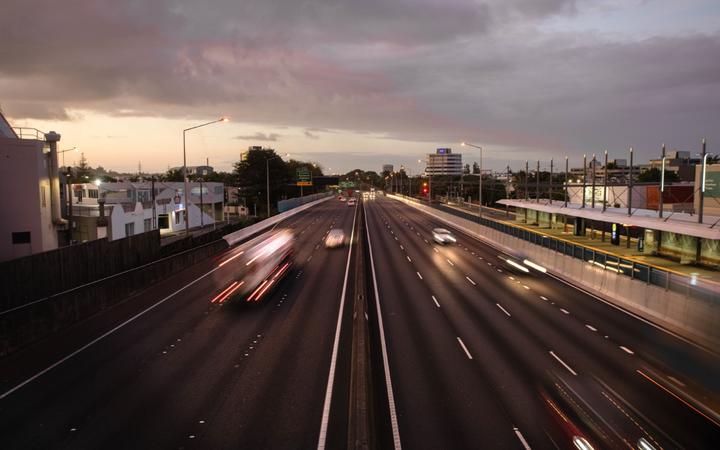 The Transport Agency has released traffic data for Auckland, Christchurch, Dunedin, Hamilton and Wellington every week since the level 4 restrictions came into force, and has now also released public transport data for the three main centres.

Traffic volumes at monitoring sites last week was down by between 73 and 82 percent compared to the same week in 2019.

Auckland numbers were even lower than the previous week of lockdown, with a 0.6 percent drop in cars and other light traffic.

In the other centres, traffic was only marginally busier than the previous week. Hamilton recorded the biggest jump, with light traffic volumes increasing by 4 percent - still 73 percent down on 2019 volumes.

Trucks and other types of heavy vehicle traffic fell everywhere except Hamilton, where it rose slightly by 2.5 percent compared to the previous week of lockdown. 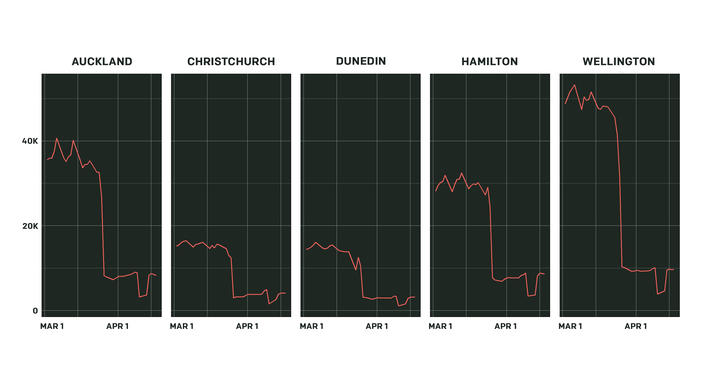 On Good Friday, traffic dipped to new lows in all five cities.

In Auckland, just 3214 cars were recorded at the Rosehill monitoring site near Papakura on Good Friday - 89 percent down on the previous year.

Public transport trips have fallen even more sharply than private vehicle trips, in the three main centres - although the number of trips has increased slightly since the start of the level 4 lockdown. 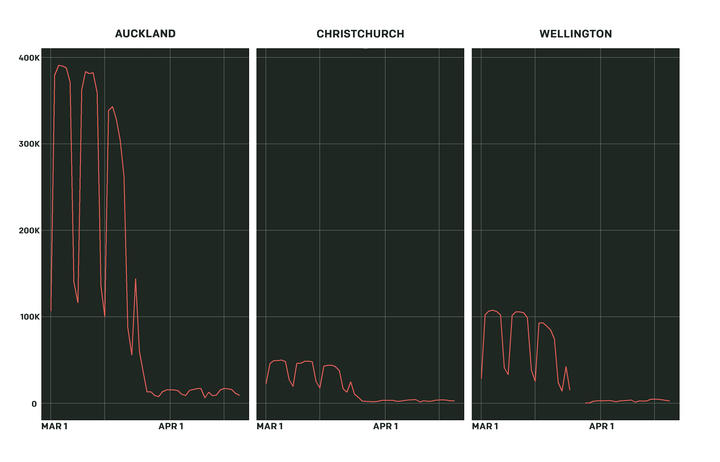 Trips on buses, trains and ferries are less than 10 percent of their normal volume in Auckland and Wellington, and slightly higher in Christchurch. Photo: RNZ / Kate Newton

Auckland public transport data - which includes buses, trains and ferries - showed a drop of 94 percent compared to the same week last year, but trips were up slightly on the second week of level 4 restrictions.

The ferries - which would normally take more than 10,000 passengers a day - transported just 17 people on Easter Monday, and between 60 and 75 people a day for the rest of last week.

Christchurch bus trips were down 88 percent on 2019, but also increased slightly from a record low in the second week of lockdown.