New Zealand's Covid-19 transmission rates have stayed low, and now the country has been given a week's notice to prepare to move out of the level 4 lockdown. Here's what happened on 20 April. 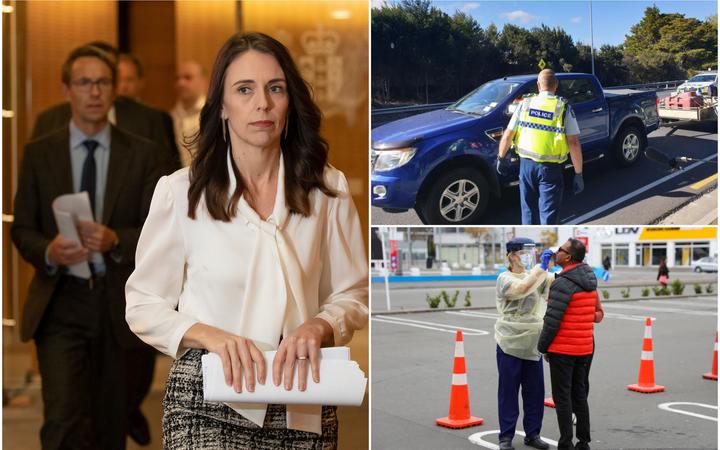 Prime Minister Jacinda Ardern announced the level 4 lockdown will be extended by a further five days to 11.59pm on Monday 27 April.

"We have done what very few countries have been able to do, we have stopped the wave of devastation. Our transmission rate is now 0.48, overseas the average is 2.5 people," Ardern said.

Changing alert levels region by region in future has not been ruled out, but for now, the country will need to stick together.

The education, construction, manufacturing and forestry sectors will be able to return to work next week when alert level 3 kicks in.

The basic principle of alert level 3 will again be to restrict contact with others, requiring people to remain at home in their bubble as much as possible.

Here's what you need to know about living and working in alert level 3.

There were nine new cases and no new deaths, the Ministry of Health said, bringing New Zealand's total cases to 1440.

Seven of the new cases were confirmed and two were probable.

Fourteen people were in hospital, three in intensive care units (ICU) - one each in Middlemore, Dunedin and North Shore hospitals. Two of the ICU patients are in critical condition.

A total of 974 people have now recovered and the death toll remains at 12. There are still 16 significant clusters.

Industry group Digital Identity which is part of the New Zealand Tech Alliance, said it must be made clearer just what areas of technology - simple apps, or more invasive GPS smartphone tracking, for instance - were the subject of the advice.

However, contact tracing needs to increase three- or four-fold as long as the Covid-19 coronavirus remains a health threat, Dr Ayesha Verrall's audit has found.

Expansion of the workforce was an "urgent" need, and DHBs could not keep on plugging the holes by seconding staff from other areas once alert level 4 was lifted, the audit said.

In Dunedin, while family harm has continued to dominate emergency calls during lockdown, police have also dealt with several level 4 breaches.

Some disputes between neighbours were rearing their head, police said.

Traffic in the inner city also remained a concern with excessive speeds and dangerous driving.

In Auckland, a man has been charged with attempting to infect three police officers with Covid-19 by spitting on them.

In Rotorua, a man was sentenced to 14 days in prison after spitting at an officer. The incident occurred during a routine traffic stop on Fenton Street in Rotorua on 14 April.

Police said while spitting would not be tolerated in normal circumstances, there was an increased risk associated with Covid-19.