By Rebecca Ryan of

There has been a notable increase in the number of seals coming ashore in Oamaru during lockdown. 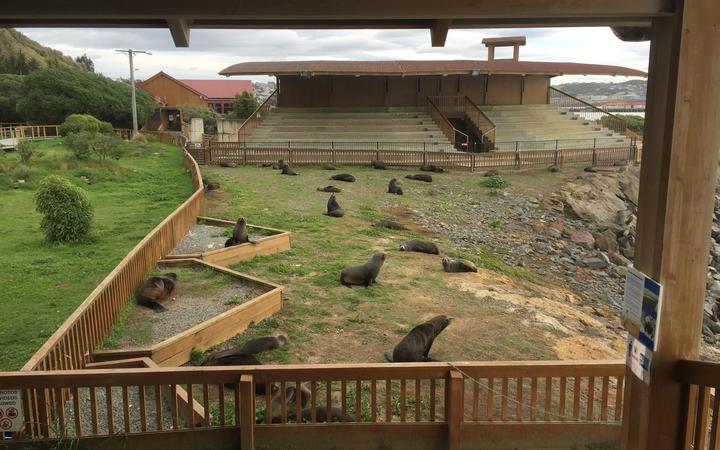 "It was pretty impressive - normally, we'd think 20 was a lot," Dr Agnew said.

"The behaviour of the seals is definitely different. We'd never see quite so many seals all at once, but also they're never that close to the fencing.

"They're just everywhere and all really relaxed."

Fur seals are not a threat to little penguins, but their increased presence could make the birds nervous, she said.

However, the seals usually returned to sea in the afternoon, so penguins had no trouble entering the colony as usual each night, she said.

While the colony was closed for evening viewings or tours, a small number of staff continued to feed and care for sick or injured penguins in their care under the essential service category, behind locked doors.

Earlier this month, there were nine birds at the colony's rehabilitation centre.

All but one yellow-eyed penguin have been released.