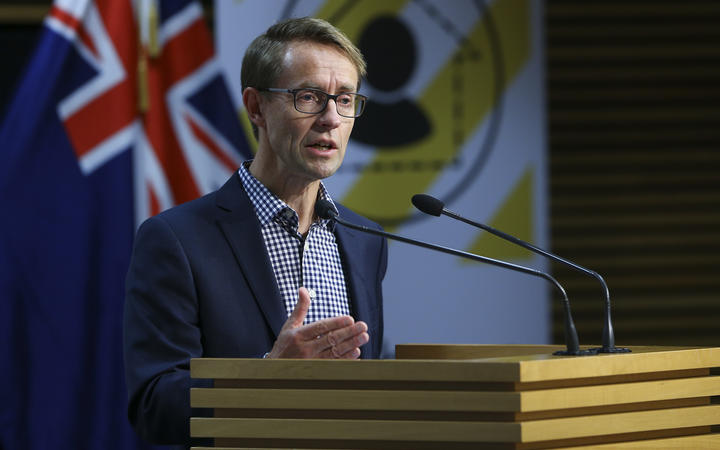 The independent audit was released this afternoon after the Cabinet considered it as part of its decision to extend the alert level four lockdown for a further five days.

Authored by infectious diseases expert Dr Ayesha Verrall, it said public health units' contact tracing capability was too slow and must be expanded three- or four-fold as long as the virus remained a health threat.

"The capacity of the 12 Public Health Units in New Zealand is the primary factor limiting New Zealand's ability to scale up its case management and contact tracing response to Covid-19," she said in the audit.

"In March the workload of PHUs exceeded their capacity to conduct rapid contact tracing on occasion, even though case numbers were less than 100 per day," she said.

Expansion of the workforce was an "urgent" need, and DHBs could not keep on plugging the holes by seconding staff from other areas once alert level 4 was lifted, the audit said.

She told Checkpoint tonight that at the time she did the audit, the tracing system was only 30 percent as good as it needed to be to cope with an outbreak.

She said that as it stood she would not have been comfortable with the country going to alert level 3 this week.

"Not as it is. But these improvements I understand are being made every day, the government appears to be putting a lot of resource into it and accepted the recommendations in my report, so in that case, yes I would be [comfortable]," she told Checkpoint.

The detail of how small bubbles would be maintained under level 3 gave her reassurance, she said.

Prime Minister Jacinda Ardern promised at today's 4pm briefing to use $15 million to expand tracing staff numbers from 220 to up to 300, and put another $55m towards building the tracing system to "gold standard".

She would not say how much influence the state of contact tracing had on the Cabinet's decision to delay a drop to alert level 3 for a week, saying many factors were in play.

The Ministry said it could now trace 5000 contacts a day with its national tracing centre doing call-centre work to back up PHUs.

The national centre's establishment in March was impressively fast, but it was not able to manage all the tracing, Dr Verrall said.

In early April, it was taking on average 2.3 days after a case was referred to the centre for its workers to give that case's contacts advice on self-isolation.

"At the time of my audit the main remaining quality concern was that only 60 percent of contacts could be easily reached by phone, either because of incorrect contact details or because people choose not to answer calls from an unidentified number."

The ministry had yet to get a smartphone app for faster tracing set up, and should rapidly get this done, Dr Verrall said.

Director-General of Health Ashley Bloomfield described the system's gaps as "small" and said that they were fixing them by implementing Dr Verrall's recommendations.

The audit backed the direction and model with the aim of linking PHUs and the national centre closely, he said.

A localised data system unfit to deal with a mass outbreak was - with difficulty - evolving into a single electronic approach.

National Party leader Simon Bridges said the government had held New Zealand back by failing to ensure "best practice of testing and tracing".

"Tracing is the biggest challenge and experts have identified major shortcomings in the methods being used by the government," Bridges said.

Earlier, the Health Ministry told RNZ about a third of the contacts of New Zealanders that it was using for tracing may be out of date, and it was working to fix that.

Other audit recommendations were:

Six of the most important performance measures for contact tracing, in the audit: