New Zealand's alert level 4 lockdown should be continued for another two weeks to strengthen chances of eliminating Covid-19, says an expert on modelling how the coronavirus spreads.

Scenarios provided by Professor Shaun Hendy and his team are being studied by Cabinet. Photo: Supplied

Over the weekend Ministers have been studying modelling data from an Auckland University team headed by Professor Shaun Hendy.

Cabinet is meeting to make its decision today with a public announcement due at 4pm.

Te Pūnaha Matatini, the centre for research excellence that Hendy leads, studies complex systems and networks. He and the centre's other researchers have been working for weeks to predict how Covid-19's web of infection might spread - and if it's possible to slow it down or even stop it.

Hendy told Morning Report the current reproduction rate - if a person gets the virus how many more people are they going to infect - is about .5 in New Zealand, which is good news.

"That means we're on track to contain or eliminate the virus here."

The difficulty with moving to alert level 3 was that the country had not been there before and there was a chance the reproduction rate could rise above 1 (person being infected by each positive case) which would mean a move back into alert level 4 or ramping up testing and tracing and case isolation.

Although the reproduction rate is below 1, it was a case of deciding how long the country could wait before being sure it was on the way to being eliminated, Hendy said.

"It would make sense to delay lifting the lockdown as we know level 4 works.

"If it was up to me, I'd be leaning towards taking a little bit longer, make sure those numbers were heading to zero, and that would be the approach I would suggest.

"We can't right at the moment say we've eliminated the disease; we're still seeing cases daily and we'd really need to see those cases drop down to zero...

"When we come off level 4 if we come out, break our bubbles, head out to the beach and congregate in large numbers that's going to undo the good we've done in level 4."

He said his team has run some scenarios and it emerged that taking another two weeks in lockdown was the safest option and would ensure people stayed home over the long Anzac weekend at the end of this month.

"I do think there's a case for keeping us at home over that long weekend, again if we come out of lockdown and all go out and enjoy that long weekend; head away to the regions from Auckland, for example, that could be quite a risky thing to do."

Moving to alert level 3 would mean another 500,000 people returning to work so that would raise the risk of the disease spreading.

He said wider community testing which has been introduced in several regions over the last few days is a "nice to have" providing reassurance that the number of cases is closer to what we think.

"Some people overseas have been claiming that the disease is much more prevalent than we think. That community testing is telling us no, it's probably closer to what we think." 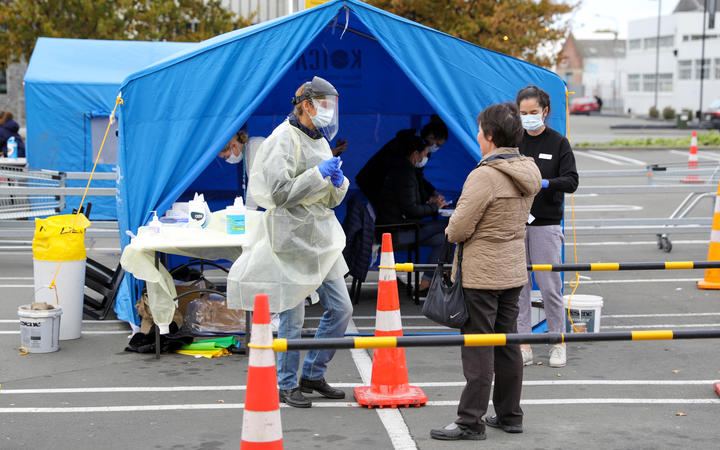 The country's relatively low number of hospitalisations and small number of deaths compared with overseas also reassures us that we're not seeing a lot of community spread that remains invisible.