The day before a decision on whether the country will move down to alert level 3, nine new cases of Covid-19 have been confirmed in New Zealand. 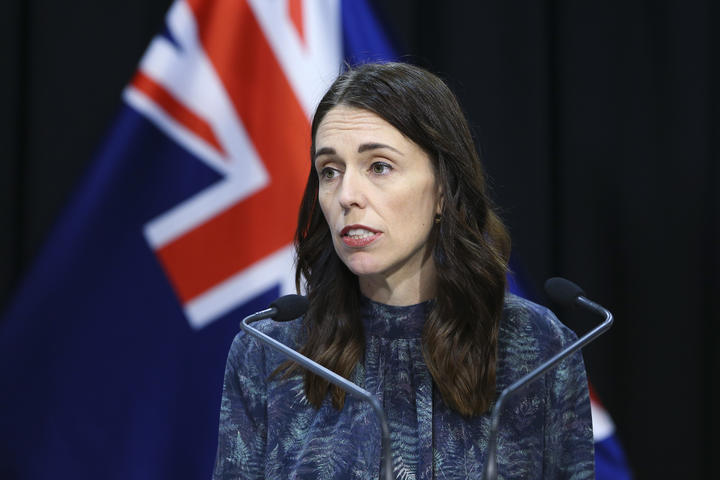 The country's death toll has risen to 12, after confirmation that an Invercargill man who died more than a week ago, was suffering from Covid-19.

The total number of confirmed and probable cases in New Zealand is now 1431, while 912 people have recovered from the virus.

There are 18 people in hospital, including three in intensive care, with two in a critical condition, while more than 4000 tests were processed in laboratories on Saturday.

Half of the 131 health care workers who are confirmed or probable cases of Covid-19 were infected in the workplace.

In the daily media briefing Director General of Health Dr Ashley Bloomfield said there had been wider testing in the community in the past week to determine if there was any community transmission. So far all tests had returned negative results. Random testing will continue next week. 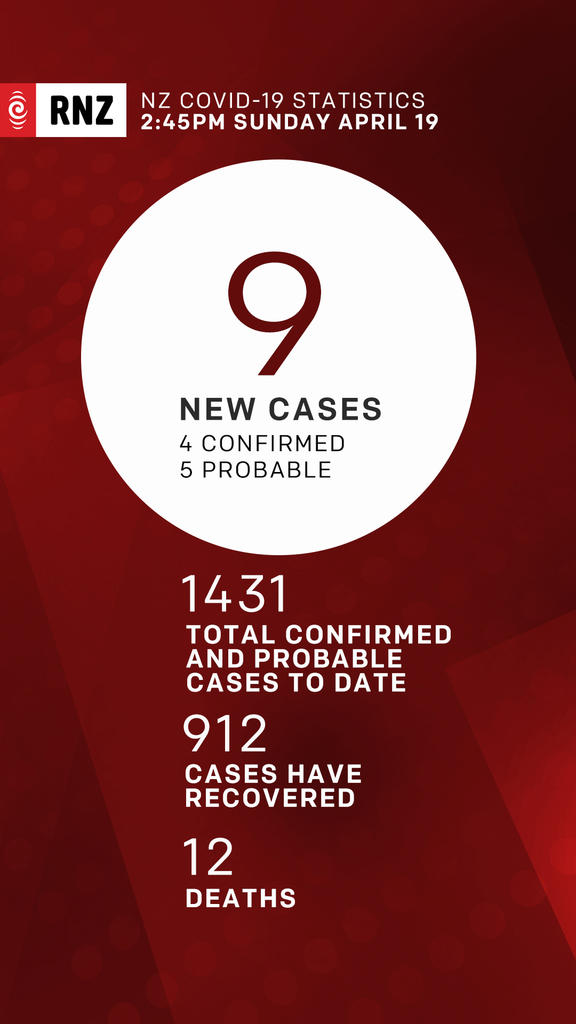 At today's briefing Prime Minister Jacinda Ardern said Cabinet would be meeting at 10.30am on Monday to discuss whether the lockdown would continue beyond Wednesday midnight. The decision is set to be announced at 4pm.

A potential move to level 3 would mean that Dr Bloomfield was satisfied the virus was not spreading in the community and going undetected - but there would need to be sufficient data to satisfy experts that this was unlikely.

The vast majority of cases recorded in the last three weeks had been linked to exisiting cases, Dr Bloomfield said.

"Our strategy has meant that everyone can get the care they need, no matter what, and we've managed to do that because of the strategy all New Zealanders have adopted," she said.

Dr Bloomfield said New Zealand "was on a pathway" to a "gold-standard" contact tracing system, which meant officials would be able to trace 80 percent of people within three days.

New Zealand's quarantine and border measures were thought to be "absolutely" sufficient to move into level 3.

"They're very, very rigourous. We have currently 1601 individuals who are in facilities managed by the government," Ardern said.

There were 371 breaches of the lockdown from 8pm Friday to 8pm on Saturday, with 321 prosecutions overall.

Level 3 would not return to pre-Covid-19 life for anyone, Ardern warned. 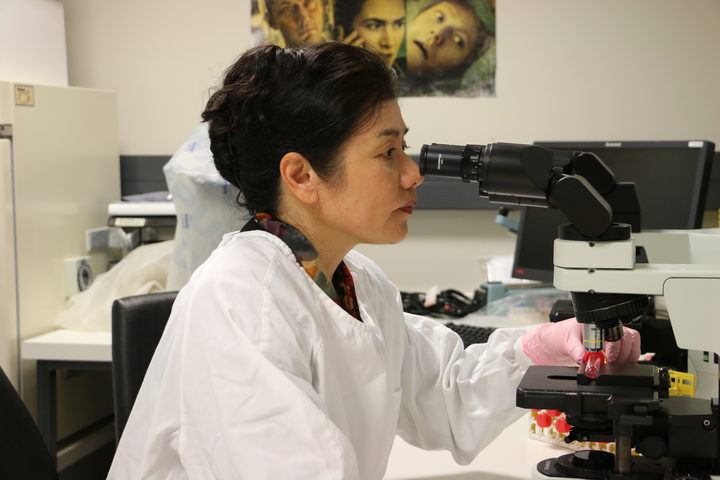 A long term surveillance study could hold the clues to developing a Covid-19 vaccine.

The national lab, ESR monitors more than 2000 people as part of large scale research into influenza and its vaccine effectiveness.

The programmes, called SHIVERS II and WellKiwis look at both adults over a number of years and new-borns to age seven.

The study's principal investigator, Dr Sue Huang, said expanding to include the Covid-19 virus will help global research to better understand the pandemic.

Participants have swabs and blood taken every season to monitor for influenza, but a test for SARS-CoV-2 - the virus that causes Covid-19 - will also be added.

Dr Huang said this would help to get a clearer picture of the virus and what it looks like in a New Zealand population.

New data from Google shows the massive drop in public place activity since the lockdown began.

The number of visitors to places such as parks and beaches have dropped 75 percent in the last six weeks, while workplaces are down almost 60 percent.

Visitors to supermarkets and pharmacies have dropped a third, shops have lost 88 percent of their traffic, and bus and train stations are down 82 percent. 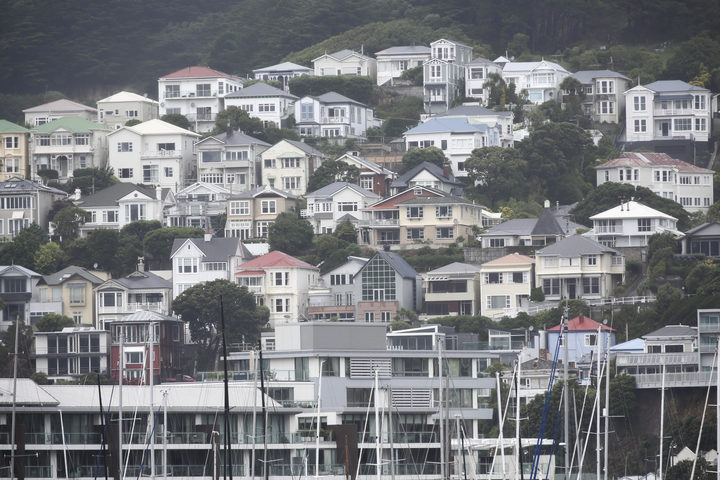 Low income families being forced to spend lockdown in cold damp houses have a greater risk of contracting Covid-19 and dying from it, a Wellington housing body says.

Already more than 1000 children are hospitalised each year due to illnesses from bad housing, he said.

"The Covid-19 lockdown has highlighted that being at home is not as safe for some as it is for others," he said.

''The worst affected people are children, lower socio-economic groups and Māori and Pacific communities are the ones who have the highest incidence of problems associated with cold, damp housing.''

Hunters are prepared to restrict how far they can travel and who with to try persuade the government to permit the activity at Covid-19 alert level three.

New Zealand Pig Hunting Association said hunting was a low-risk activity for the spread of Covid-19, and was proposing conditions to mitigate any outstanding risk.

These included only hunting within the region people live, only going with people in their current bubble, not staying overnight, and having a detailed safety plan including a log of any people they come into contact with.

* US President Donald Trump says China should face consequences if it was "knowingly responsible" for the coronavirus pandemic. - Reuters / BBC

* Pop and classical musicians from the United States, Asia and the Middle East, all performing from their homes, appeared on the One World: Together at Home live stream that ran for six hours to pay tribute to frontline workers battling the health crisis around the world. Lady Gaga, Taylor Swift, Paul McCartney, The Rolling Stones, Beyonce and Oprah Winfrey were among those who headlined. - Reuters

* Texas has become the latest US state hit by a protest largely from supporters of President Donald Trump anxious to get back to work, while the governor of New York said his coronavirus-battered state may finally be past the worst of the health crisis there. - Reuters

* Pakistan has lifted restrictions on congregational prayers at mosques, but put in place a host of safety conditions to avert the further spread of the coronavirus in the country. - Reuters