Rocks from beneath the sea floor and even ancient under-sea volcanoes are providing fresh clues about what could trigger and even muffle potentially large earthquakes. 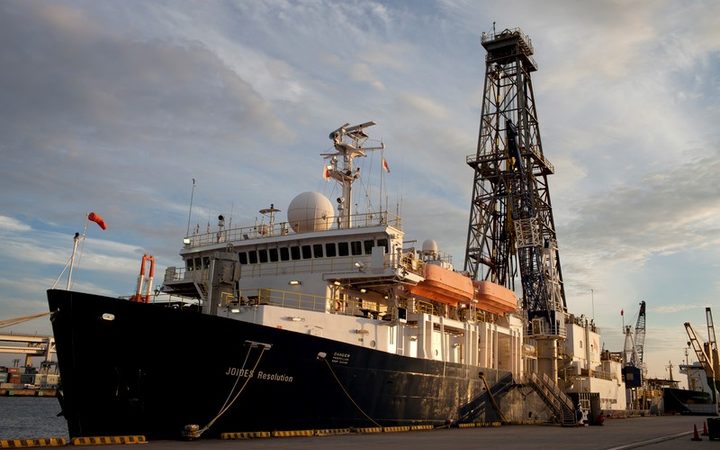 Recent drilling missions of the sea floor near the Hikurangi subduction zone off the east coast of the North Island has given a team of New Zealand and international scientists a first look at the types of rocks directly involved in slow slip earthquakes.

Slow slip earthquakes take place slowly over days to months, instead of energy being released suddenly with sometimes catastrophic results.

They are a relatively new discovery, but studies so far have indicated they can release pressure gradually on a stressed plate boundary, but can also increase pressure at other locations along a fault line.

The 2016 Kaikōura earthquake triggered a series of major slow slip events on the Hikurangi subduction zone where the Pacific Plate dives beneath the eastern North Island.

Two International Ocean Discovery Program expeditions to the area - in 2017 and 2018 - mark the first time scientists from around the world have studied and directly sampled rocks from the source region of slow-slip events, using ocean floor scientific drilling methods.

New Zealand was considered to be one of the best places on earth to study slow-slip because the affected sea floor was shallow, making drilling for samples more viable. 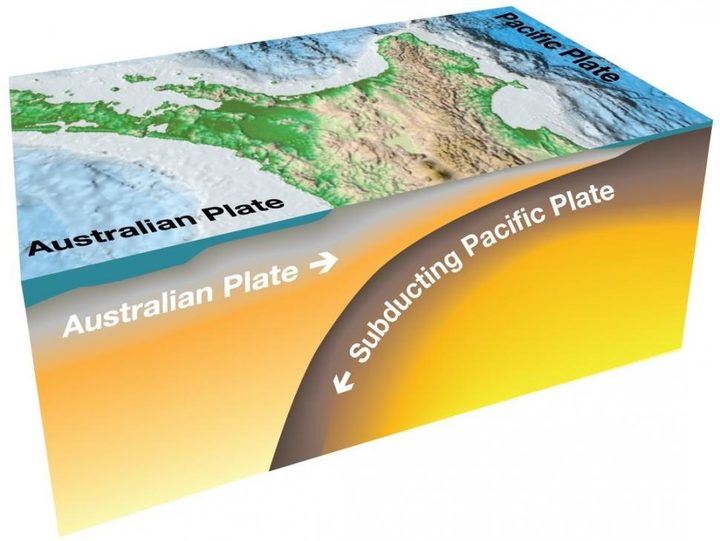 "What we've done here is really, for the first time we've been able to target specific studies to get our hands on material that we can say we think is involved in the slow-slip zone."

Dr Barnes said the latest discovery was significant to countries like New Zealand, Japan and Costa Rica which sit on the Pacific Ring of Fire.

"When the bore holes were drilled, there were both core samples taken from those holes and at the same time there were instruments in the drilling technology that were providing a lot of physical properties information about the formations that were being drilled through."

The study's co-leader Laura Wallace of GNS Science said they had learned that earthquakes might also be affected by undersea volcanoes formed 70 to 80 million years ago. 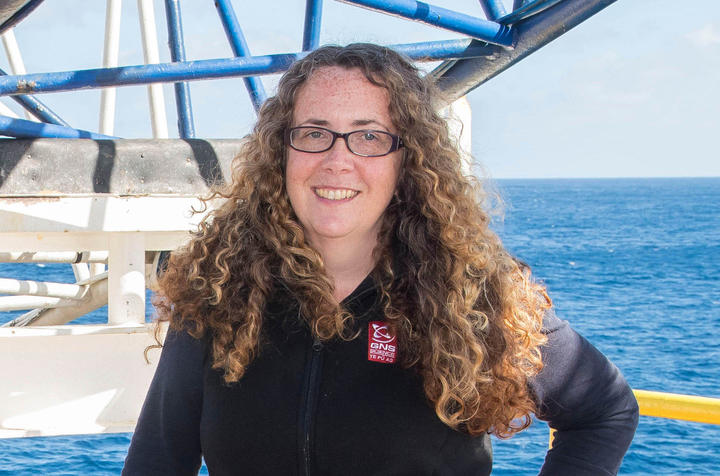 Laura Wallace and Demian Saffer on the JOIDES Resolution with one of two sub-seafloor earthquake observatories that have been placed on the Hikurangi subduction zone. Photo: Tim Fulton / IODP JRSO

Dr Wallace said the research had opened their eyes to the importance of these undersea mountains and how much they might influence the behaviour of seismic activity on the Hikurangi subduction zone.

"What we found with the drilling expedition was that these sea mounts and the sediments around them had very different properties."

"All these things are being juxtaposed as they're carried into the Hikurangi subduction zone - into that slow slip area, causing an environment with lots of different rock types."

She said that caused different stress states on the plate boundary, and a lot of plate motion was being absorbed by slow-slip events.

"That does mean overall that there are probably fewer really large earthquakes, but with all this different (materials) composition you'll have some strong spots where earthquakes might happen and you'll also have weak spots around that."

Dr Wallace said the stronger spots were isolated and might therefore reduce the size of an earthquake, because there was a smaller surface area to rupture.

The findings meant that scientists might focus more on areas around a subducting seamount, which could help them better understand and predict where earthquakes were most likely to occur.