A research ship that's been in East Coast waters on a mission to gain understanding of some of the world's largest earthquakes and tsunamis, has returned to port. 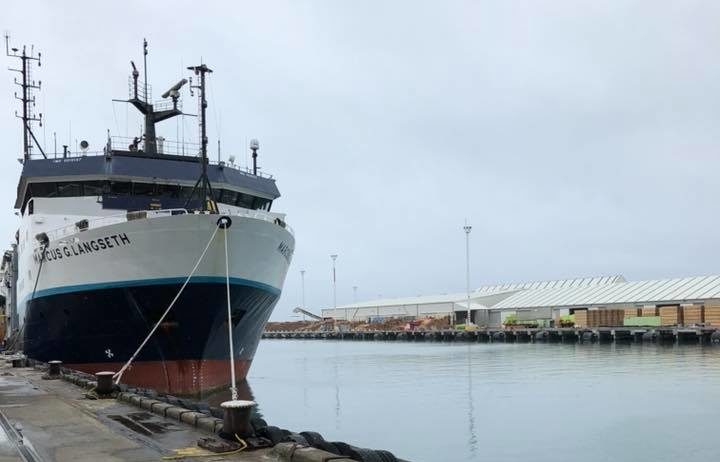 The US vessel, Marcus Langseth is currently in Napier Port after a five week study of the Hikurangi Plate. Photo: Facebook: East Coast LAB

The US vessel, Marcus Langseth is currently in Napier Port after a five week study of the Hikurangi Plate.

The Hikurangi Plate is where the Pacific tectonic plate dives beneath the Australian plate, otherwise known as a subduction zone.

These subduction zones develop a fault responsible for the largest earthquakes and tsunamis in the world.

The study focused on slow slips off of Gisborne's shore, which unlike regular earthquakes can take weeks or even months to occur.

The slow slip events off the East Coast are the world's shallowest, meaning they're easier for scientists to study.

The Marcus Langseth has taken CAT-scan like images, to help scientists learn more about why slow slips occur.

East Coast LAB chair Lisa Pearse said the research boat has taken images of these events, which scientists were only made aware of recently.

"It was only about 15 years ago they put in GPS recorders in New Zealand and then they actually picked up this phenomena was happening on the subduction zone boundary, so it's really just been in the last 15 year scientists have started to learn about these slow slip events," she said.

Ms Pearse said she was excited the research had been conducted, as it helps the East Coast better understand its plate boundary.

Slow slips is one of the ways energy is released to ease strain on the boundary, she said.

"Basically [it's] instead of releasing a whole lot of energy all in one go, like having [for example] a 7.0 earthquake on the richter scale," she said.

Ms Pearse said the work she was involved in helped keep people informed about what life on the boundary means.

"It can be quite scary to think we can have a tsunami like Japan, but then in the last Japan Tsunami in 2011, 95 percent of people there successfully evacuated before that first tsunami hit because they used the earthquake as a warning, and we want our coastal communities to do the same, she said.

If it's long, strong, get gone, she said.

The Marcus Langseth will be in port until Monday and those interested can do a virtual tour of the ship via the East Coast LAB Facebook page.