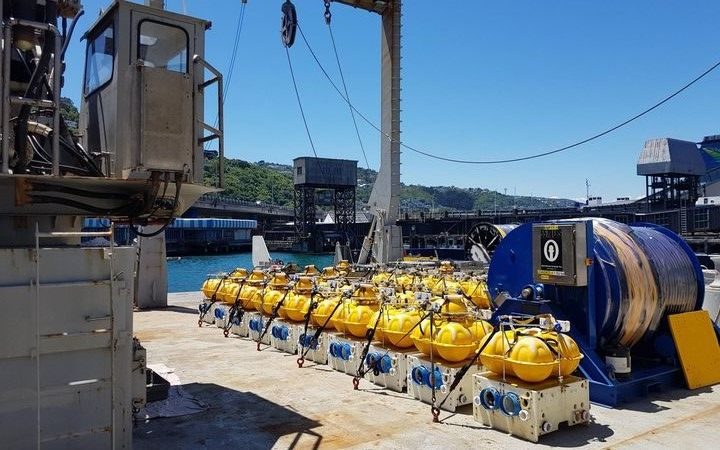 Each is as large as a washing machine, but failed to surface during a recovery mission off the North Island's East Coast. 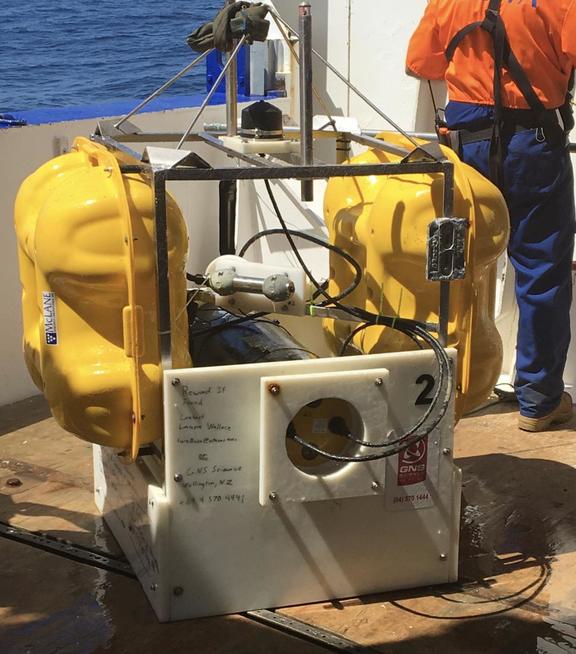 One of the instruments up close. Photo: Supplied / GNS

The pressure sensors are used to map sea floor movement along the Hikurangi subduction zone - New Zealand's largest and most active fault.

GNS Science's Laura Wallace said they were vital for their research into slow-slip events, or slow-motion earthquakes that could occur over several weeks.

About 30 recording instruments including ocean-floor seismometers were deployed in late 2018, but five could not be found during a recovery mission a month ago, Wallace said.

The lost instruments had failed to respond to their release signal during a recent voyage on NIWA's Tangaroa research vessel.

"Most of the instruments responded and we got 25 back, but there were five we didn't hear from and those are the ones we're looking for."

They could still be lying deep down on the ocean floor and GNS planned to go back in a year's time with an underwater robot to look for them, Wallace said.

One was down at 3500 metres beneath sea level and others had been placed at depths of 900 metres.

They may have floated ashore and could on a beach anywhere along the North Island's east coast and possibly down as far as the south Marlborough coast, Wallace said.

The recording instruments belong to GNS Science and Columbia University in the United States, and are held within a metal frame the size of a washing machine, with two large yellow floats attached to the frame.

They are marked with contact information for either GNS Science or Columbia University. 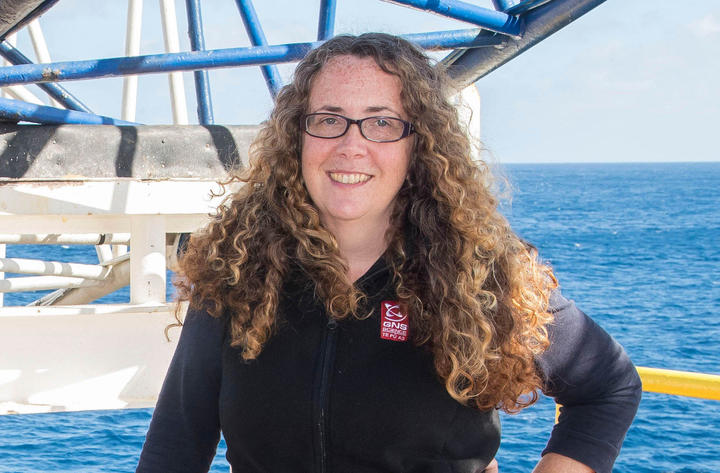 Wallace said while each was worth about $30,000, the data stored within them was likely to be more valuable than the instruments themselves.

"They're really specialised scientific equipment that is made to withstand these really high-pressure environments under the ocean, but the data on them is likely to be really important.

"When these instruments were out last year there was a really large slow-slip event beneath the Hawke's Bay region and some of these (instruments) were sitting right on top of it, so we'd really love to get them back."

Initial data collected recently suggested many more earthquakes were happening off the North Island's East Coast than could be detected by the onshore network of instruments operated by GeoNet.

Wallace said the data was helping GNS better understand the earthquake and tsunami hazard presented to New Zealand by the Hikurangi subduction zone.

It was important to find out exactly where the slow-slip events were happening, she said.

"When they're happening they are actually releasing some pressure and potentially reducing the likelihood of a large earthquake in one part of the subduction zone.

"But conversely, they can be loading other parts of the plate boundary as well."

The degree of difficulty involved in placing and retrieving the instruments was like "putting things into space".

The joint project with Columbia University reflected the importance of the Hikurangi subduction zone, Wallace said. 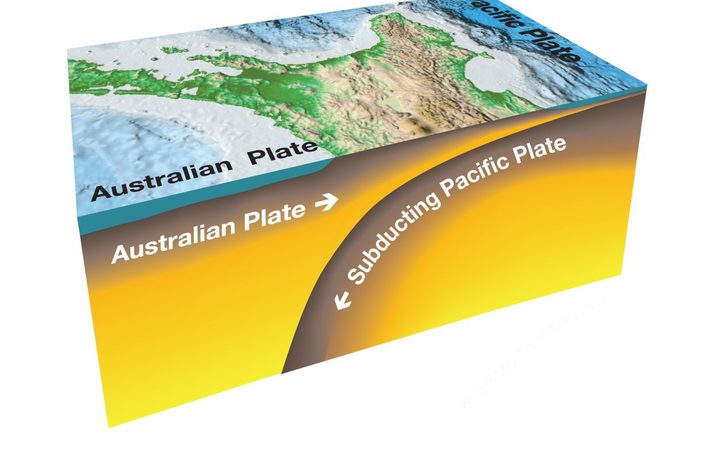 The Hikurangi subduction zone, where the Pacific Plate sinks beneath the Australian Plate, is New Zealand's largest fault and produces some of our biggest earthquakes. Photo: GNS Science / IODP

"It has attracted a massive amount of interest from scientists who study earthquakes overseas because they believe there are lot of lessons that this zone can teach us about how other subduction zones work and what causes them to move in big earthquakes and generate tsunamis."

This research was being undertaken under a five-year Ministry of Business, Innovation and Employment-funded Endeavour project led by GNS Science, with major collaboration and contributions from other New Zealand and international partners.

Anyone who came across one of the instruments is asked to contact GNS in Wellington on 04-570-1444.