Thousands of dollars have been spent and dozens of volunteers have been working to nurse back to health gulls that survived a mass poisoning near Wellington earlier this month. 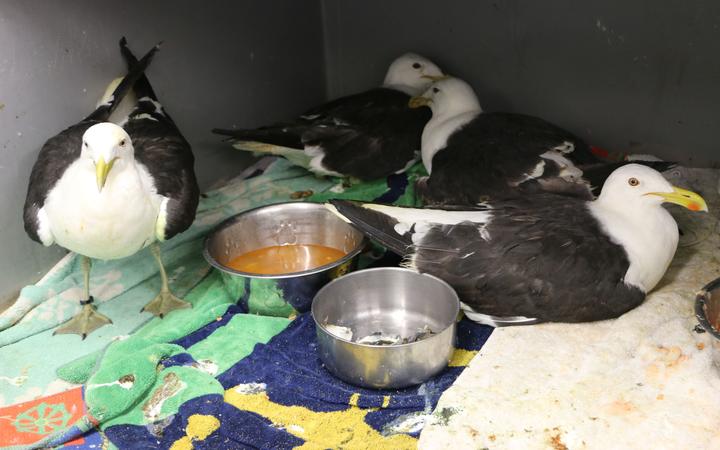 These black-backed gulls are on the path to recovery but 150 weren't so fortunate. Photo: RNZ / Hamish Cardwell

About 150 dead black-backed gulls have been found on beaches from Kāpiti to Manawatū since 6 March.

Scientists believe it is highly likely the birds were poisoned but tests are still under way and it is too soon to tell if it was done deliberately.

Beverley Dowling tears up recalling the horrendous scene on the beach. "It was carnage ... I definitely was not prepared and I'm a bit of a tough girl."

She and her friends managed to rescue two dozen birds in the coming days, bringing them to the Wellington Bird Rehabilitation Trust facility in the Ohariu Valley north of Wellington.

The birds are being kept six or seven to insulated and heated cages and being fed and given an electrolyte solution.

Dowling said given the distressing scene on the beach she had little hope any of them would survive.

"And so to see these guys here, there's a few of them that are looking quite good." 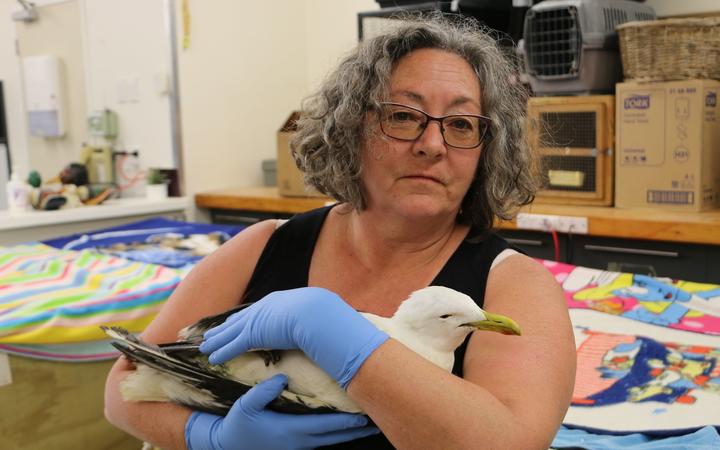 Beverley Dowling with one of the birds that later died. Photo: RNZ / Hamish Cardwell

Craig Shepherd from the bird facility said only a handful of the more than two dozen birds they have taken in have died - and the rest were recovering well.

"These guys in this cage are all looking pretty good, all standing up and being reasonably interactive.

Volunteer Hayden James said as the gulls got stronger they were not exactly showing gratitude to their rescuers.

"We've currently got one in here that's fairly aggressive and will really bite but it's just being wary around that one and handling it correctly." 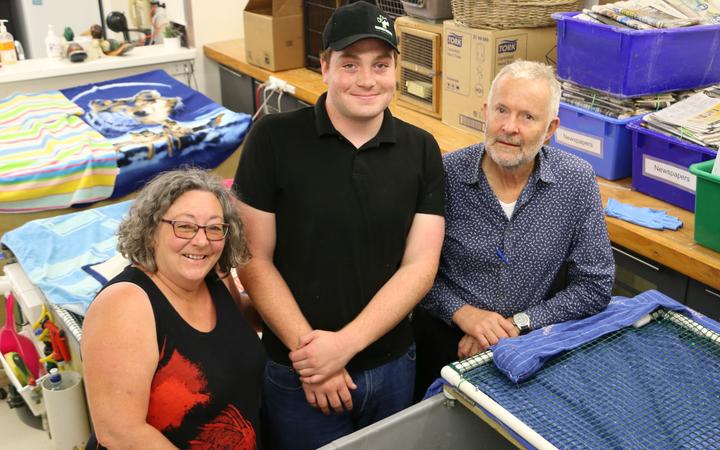 All going to plan the next step is to get them into a larger outside aviary in the next couple of days.

"They will, hopefully naturally preen themselves back into a good viable state and then the goal will be to release them back to their environment so that they can carry on doing what seagulls do."

He said all going well that could take about a month.

The Ministry for Primary Industries said it was conducting interviews and investigating what happened to the gulls.

Toxicology results are expected in the next week.