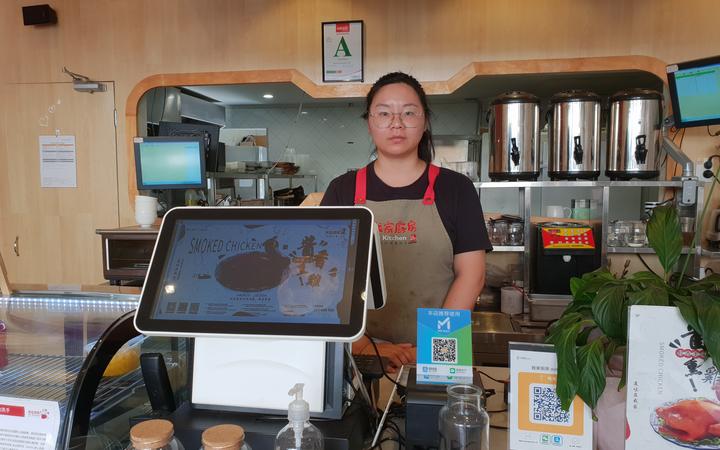 Chang Jie, manager at My Kitchen, says at this time of the year, their restaurant is normally filled with students and tourists, but now not many people come through since the travel restrictions were announced early last month. Photo: Liu Chen

Wage subsidies will be available for businesses in all parts of the country that can show they've had a 30 percent decline in revenue for any month between January and June 2020 compared to the year before.

Some believe the scheme will carry them over the difficulty and yet some hope there will be tax relief and rent subsidy if things get harder.

Dominion Road in central Auckland, which is famous for all sorts of Chinese restaurants, is normally bustling with people and cars at dinner time, but now it's much less busy.

Nickii Cui, owner of Shanghai Restaurant, said her business has dropped by at least 50 percent and she's opening one more day per week to get more income.

She said she was struggling keeping her six staff, so the rescue package had come as a relief.

"It's good that the government has this policy. I feel confident, but I still have to figure out the details and how it works. Because the news just came out, I haven't done any research or tried to apply. I'm hopeful because this government is concerned about small businesses like us."

Chang Jie, manager at My Kitchen, said at this time of the year their restaurant was normally filled with students and tourists, but now not many people came through since the travel restrictions were announced early last month.

"At the beginning, our revenue dropped by 10 percent - we make a revenue chart every week. The first week was 10 percent, and the second was 15 percent, and now it's almost 30 percent.

She said she was not sure how long the government's scheme could keep them going.

"I think it can help us temporarily because I heard people saying that the outbreak will last until the Dragon Boat Festival, which is about two-to-three months away."

At Barilla Dumpling, Jo Qu was also unsure how much the wage subsidy scheme will help. 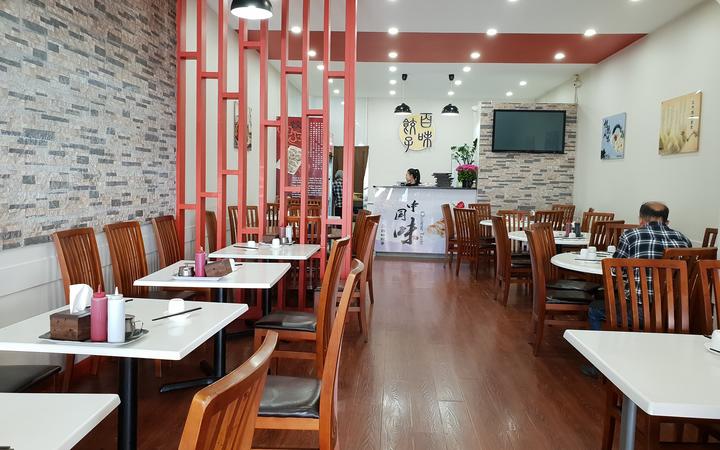 At Barilla Dumpling, Jo Qu says their earnings have dropped by 30 to 50 percent across her four Auckland restaurants. Photo: Liu Chen

Earning have dropped by 30 to 50 percent across her four Auckland restaurants.

"It's going to be helpful, but maybe not too much. Of course it would be great if we can get something. We have more full-time staff members than other restaurants. If we can get some money from the government, it will take some pressure off us," she said.

"I hope there will be some tax relief during the outbreak, and also regarding the rent - I hope if in case we have to close down later on - the possibly is one percent - we can also pay less rent."

Employers can apply for wage subsidies by filling out a form on the Work and Income website.

The Ministry of Social Development says they will be able to make payments starting next week.