Māori say it is a place from where spirits bid farewell to their earthly connection. 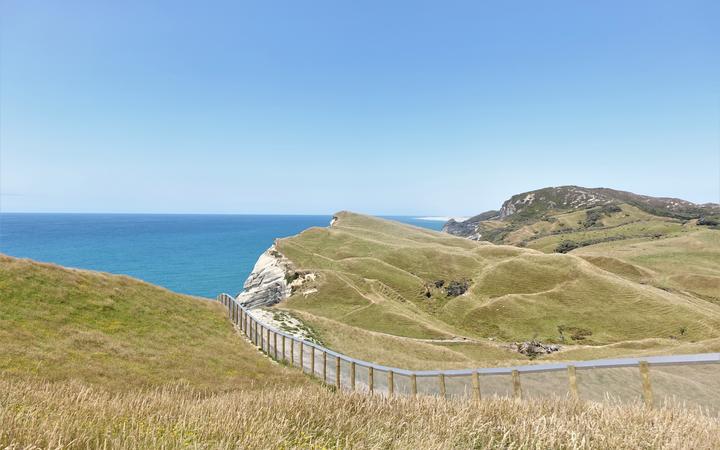 Cape Farewell, on the northernmost tip of the South Island, is now hoping to call back creatures that once lived there in abundance.

It is the site of the Wharariki Ecosanctuary, opened at the weekend by Conservation Minister Eugenie Sage.

As seabirds soared on the breeze sweeping up steep cliffs, and as ocean waves thumped into the caverns below, a member of the trust said the three-hectare sanctuary behind a 200-metre predator-proof fence is a small step towards fixing humanity's crimes against nature. 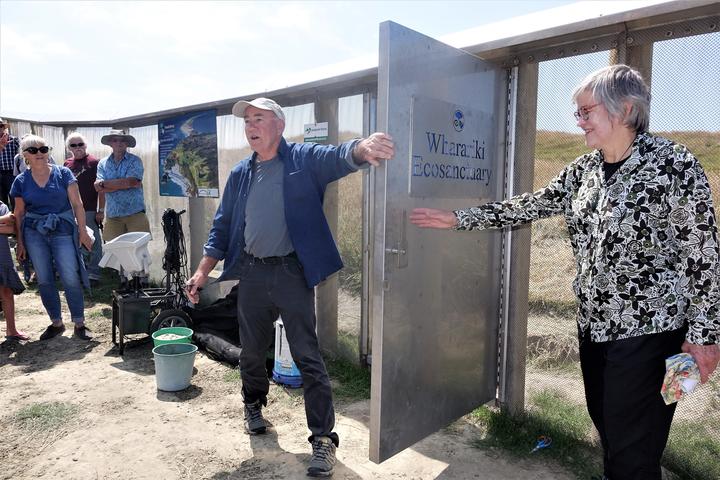 Environmentalist and wilderness photographer Craig Potton said 65 percent of the world's seabird population has dropped in just his lifetime. He hopes the ecosanctuary will be a turning point in the survival of species on the brink.

Potton said seabirds are the planet's most endangered vertebrates.

"These are beautiful, social, loving, intelligent, flying, wonderful creatures and inside this fence there will be a sanctuary for them." 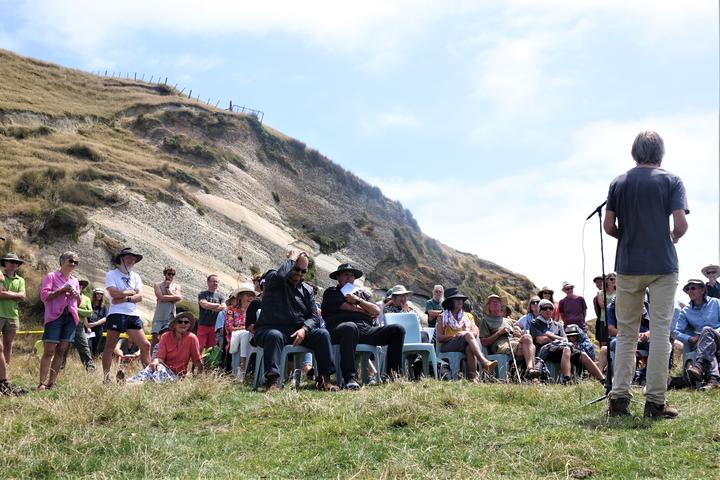 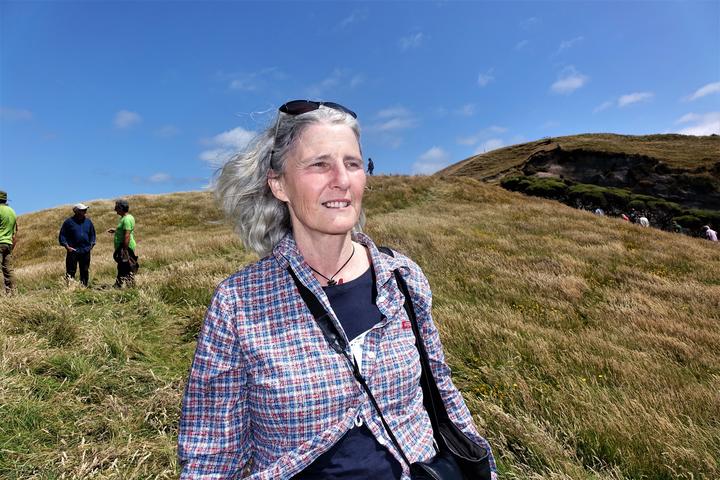 The new sanctuary has been formed through a partnership between HealthPost Nature Trust, Manawhenua ki Mōhua (Ngāti Tama, Ngāti Rārua and Te Ātiawa) and the Department of Conservation.

The land on which it sits is connected to the Kahurangi National Park - a place described as having the country's most broad and complex biodiversity. 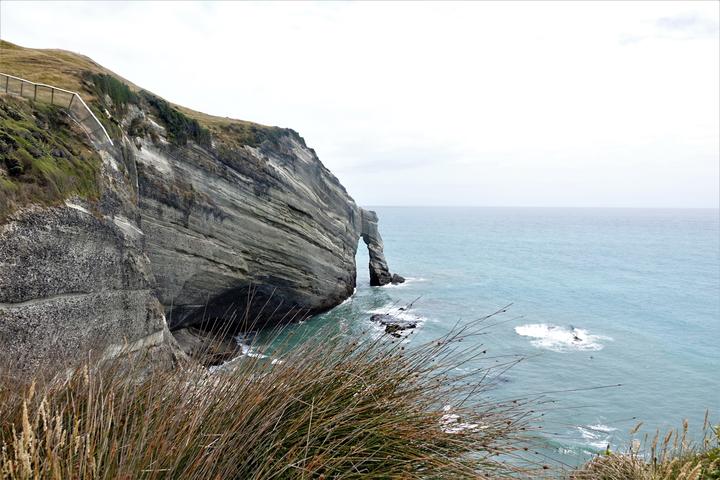 The sea cliffs below the sanctuary and part of the predator fence built into the cliff. Photo: RNZ / Tracy Neal

Businessman Peter Butler, who has diverted time, energy and money into the trust, said the idea for the sanctuary was hatched and executed relatively easily.

Then came the fence.

"I thought it would be difficult, I thought there'd be long conversations and committee meetings but we just banged stakes in the ground so it was as simple and as effective as that."

But now the platform is built, an even harder task is about to begin. 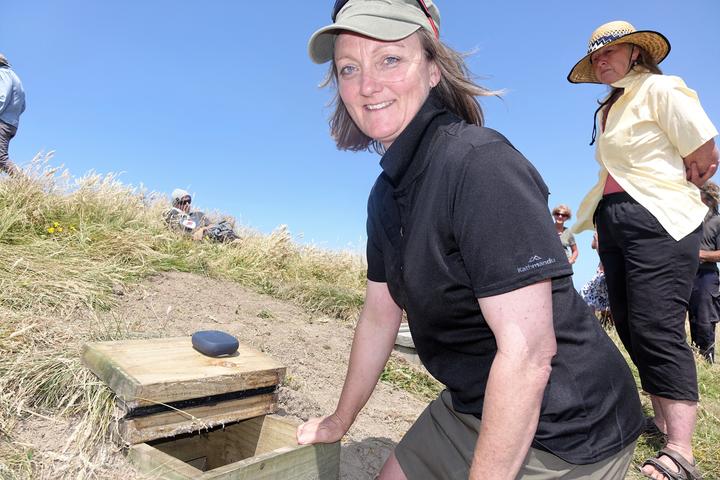 Tamsin Ward-Smith said once the fluttering shearwaters decide it's right to return to Cape Farewell, there'll be no stopping them. Photo: RNZ / Tracy Neal

Seabird expert and an adviser to the trust, Tamsin Ward-Smith, said if we are to hear the fluttering shearwater again at Cape Farewell, it is going to take a luck, science and patience.

"Seabirds are ... they're hard work because they're a tricky species. You have to do a lot of hard work with translocations before you actually have any return. You can wait a number of years, and for Fluttering Shearwater that can be anything from five years upwards," Ward-Smith said.

She said once they decide it is right to return, there will be no stopping them.

The windward slopes of the Cape are now dotted with bird boxes, which the trust hopes will be home to some new tenants by this time next year.

Ward-Smith said the sanctuary will be a critical building block in the home for other species too, including rare native plants, giant snails and geckos. 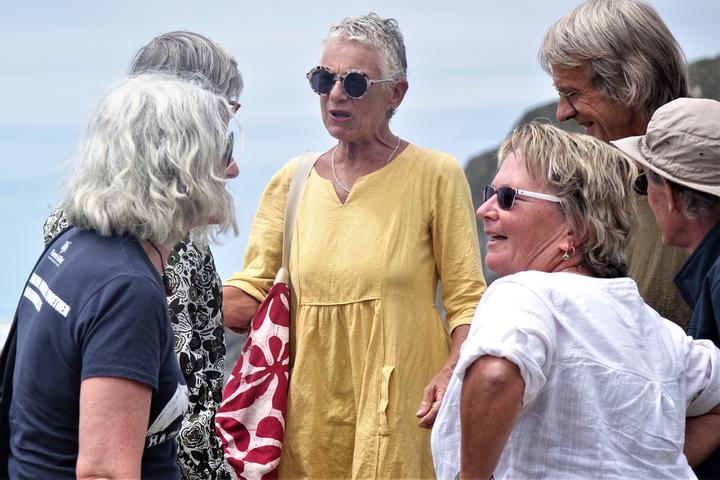 The trust's patron, broadcaster Kim Hill, who has a base in nearby Pūponga, said the project aims to restore mana to the land and to tangata whenua.

She said at Saturday's ceremony it also signals hope that with enough will, the environment can be mended.

"At the inaugural dawn ceremony some months ago, a mauri ora stone was buried near the sanctuary to encourage and enhance the mauri ora of the project, and the mauri ora (life force) it brings to the land and the life that will find a home here." 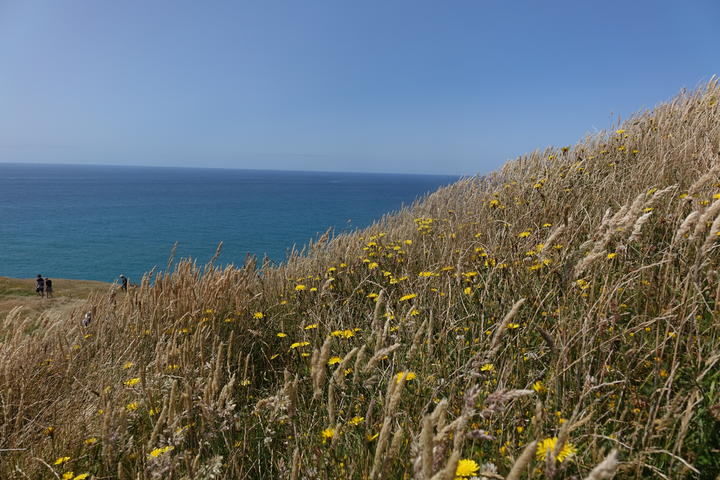 The special habitat at Cape Farewell is part of the new ecosanctuary. Photo: RNZ / Tracy Neal

Craig Potton said the sanctuary celebrates a new understanding, and a new relationship with the Farewell Spit/Wharariki landscape.

"The restoration is a part - but an important part of course, of more that we are doing to enlarge our imagination, our understanding of the mythologies of our wildlife of ours - and others, that we are destroying." 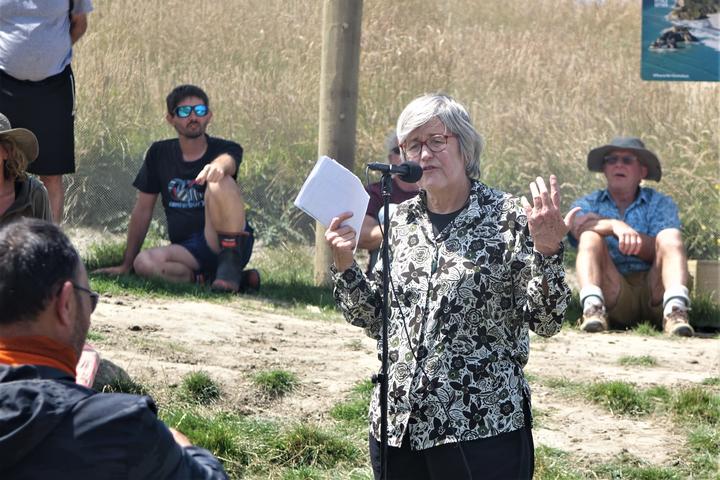 The HealthPost Nature Trust, established in 2017, has so far donated more than $150,000 to the project, and has pledged half a million more over the next five years. 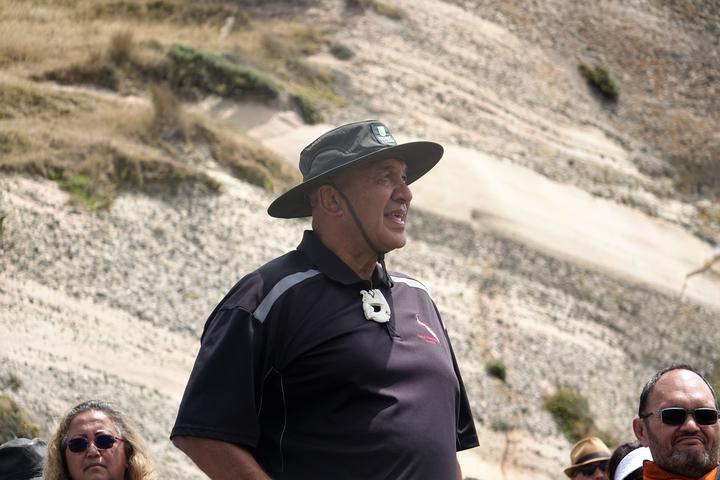 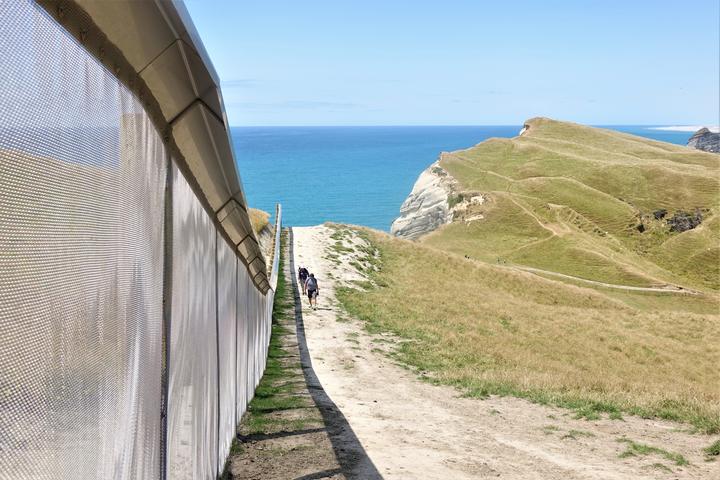 A close up of the predator fence. Photo: RNZ / Tracy Neal