A Muslim leader whose wife was killed in the 15 March attacks wants people to stand in unity and love one another.

The Muslim leader, who became a symbol of the community's ability to forgive, said he cried almost every day over the death of his wife.

Ahmed said he wished he could have swapped places with his wife who died after running back to help her husband, who uses a wheelchair.

As people reflect on the anniversary of 51 lives lost, he said "people give too much importance to anger, ego and hate" and he hoped people could focus on love, peace and living in harmony with one another.

Shortly after the attacks, Ahmed astonishingly turned the other cheek and forgave the gunman. 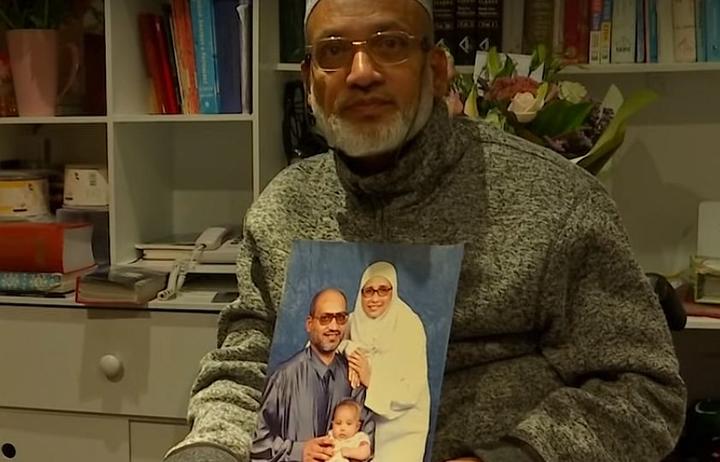 Farid Ahmed with a picture of his family. Photo: YouTube screenshot

He said the act of forgiveness helped him to stop being bitter.

He said that in the quiet moments, it felt like he was drowning with grief.

"Every day I go to the mosque and she is not there beside me ... it makes me cry ... we were more than just husband and wife. We shared the same vision, same mission."

Ahmed has since been honoured with an international peace award, and travelled to Abu Dhabi, Europe and has even met US President Donald Trump.

He said the world was still in awe of New Zealand's ongoing support and love for the Muslim community since the attacks.

He hoped people could learn to stand in unity with one another and make time for what counts.

In honour of his wife's memory, he has released a book called Husna's Story. He is donating the royalties from all sales to St John Ambulance service.