Two men whose lives have been tipped upside down by the 15 March mosque shootings are organising a football tournament to mark the one-year anniversary. 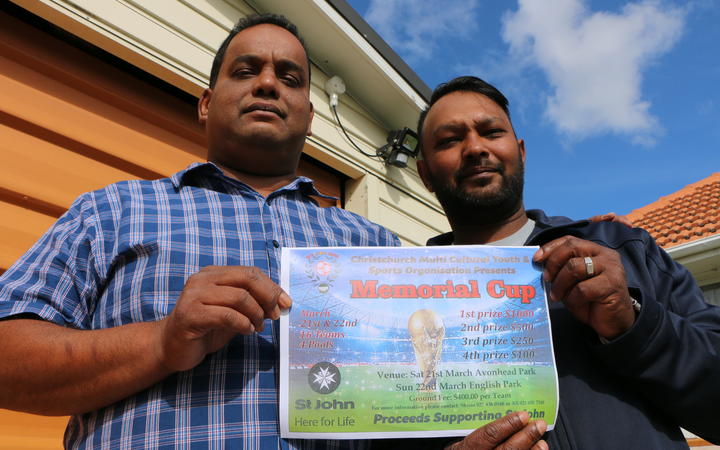 Azam Ali and Shiraz Ali are expecting a fierce competition at a football tournament to mark the one year anniversary since the Christchurch mosque shootings. Photo: RNZ / Conan Young

Siraz Ali, who lost his father in the Al Noor mosque, and Azam Ali, who witnessed the shooting at the Linwood mosque, are holding the inaugural Memorial Cup on the weekend following the one-year anniversary.

The idea for the tournament was formulated just before Christmas in Azam Ali's garage, over a few bowls of kava.

Azam, who was still recovering from an operation to fix a back injury sustained in the rush to get out of the Linwood mosque, said it was about giving back to St John Ambulance whose staff saved dozens of lives that day.

The coming together of Muslims and non-Muslims that characterised the days and weeks after the shootings should not be forgotten, he said.

"I think it's slowly fading away. So I think it needs a bit of a jumpstart again. And hey, we're Cantabrians, we're hard, we survived the earthquake, we're going to survive what happened last year in March and let's show the world. We are one. You know we can live together, play together."

The tournament would be a multi-cultural affair involving 16 teams with players representing a rainbow of nations.

Siraz said with teams playing for pride in their heritage, the competition would be fierce and the quality of the football high.

"Every team wants to win. So I think they're already preparing themselves. And basically, we don't know where they are doing it. So they don't want us to come and spy and check out the players, who's playing, who is not. So basically we're only going to find out on Saturday and Sunday, who's the top team."

Prize money was on the line for the top four teams who would also each receive a cup. 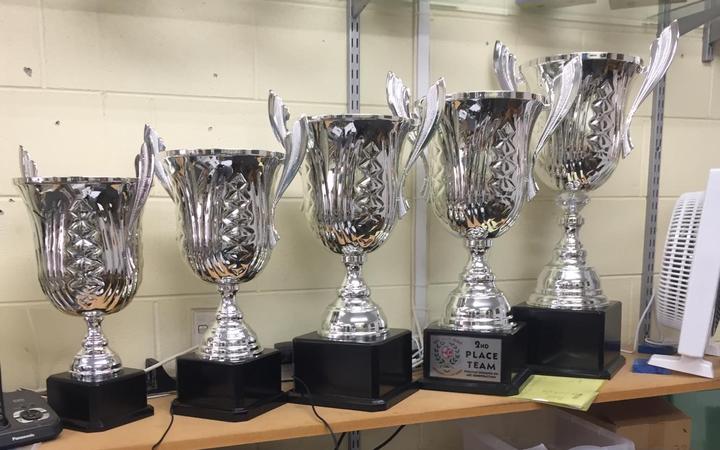 The third-placed team would be awarded the Ashraf Ali cup in honour of Siraz's father who died in the Al Noor mosque.

Siraz said his father was a keen footballer and he was pleased to be able to honour his memory in this way.

"When we used to go out to play tournaments and stuff, most of the boys used to come home and they all knew my dad. So yeah, my dad was like part of this team.

"That's why I said like, we should do something, not just for my dad [but] for the 51 people who have left us and plus like the whole of Christchurch to get back together and say we are one again."

Siraz said it had been a steep learning curve and had involved a lot of their own money and time.

But he hoped the tournament would become a regular fixture in the years to come.

"It's not going to be stopping here but it's going to keep moving, the ball will keep rolling, rolling, rolling until whoever can take over from us. Once we are old, somebody else will be here, hopefully our boys. They are soccer fans as well. So hopefully they will take over this as well."

The two men had been helped by a wider group of 15 to organise the tournament which was all being done with the help of sponsors, the city council and Mainland Football.

They are still hoping a member of the public or a sponsor will help out with seating and a marquee, and with providing some children's entertainment.