Tauranga residents are facing a hefty rates increase of 12.6 percent to help keep the city's head above water as it struggles with the increasing costs of growth. 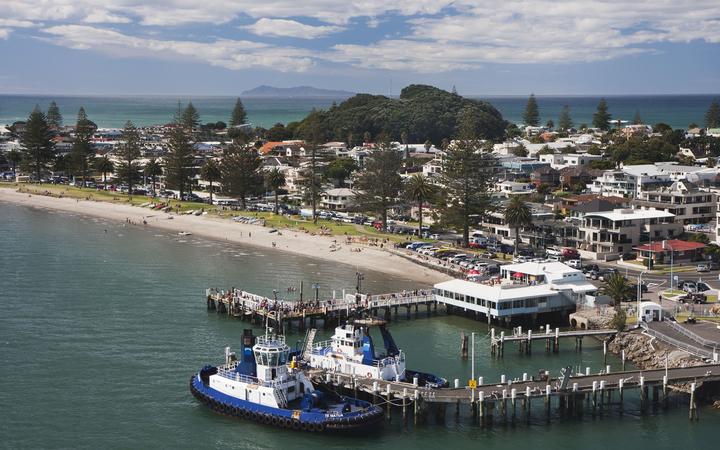 Mayor Tenby Powell said Tauranga had fallen behind in funding and infrastructure because of an abject lack of courage in the past.

The city council's policy committee made the recommendation at a meeting on Wednesday.

Powell said he was increasingly feeling less like the mayor and more like the janitor constantly sweeping up yesterday's mess due to visionless leadership.

''It's with salutary recognition that we have a city that is in financial crisis. We've got a housing crisis, we've got growth that hasn't been accounted for, and we've got continued growth which is not going to abate in any regard," he said.

"We have got to do something. I appreciate that Tauranga is one of the highest rated cities in the country. We are a challenging city in the sense that we are New Zealand's fastest growing."

He said the situation was critical for the city.

Tauranga had a topography which was challenging to build on, but it was critical the city start building more houses, Powell said.

The news of the planned rates rise was not well received on the streets.

''It seems quite excessive for the services we are getting,'' one man at the Bethlehem shopping complex said.

Another said: ''I think they could do with putting the rates down to make life more affordable for many people.''

However, one ratepayer had a different opinion.

''Well we've got to pay for what everybody wants somehow. I'm quite happy with it.''

The vote for the draft budget which would result in $224m of capital expenditure and the 12.6 percent rates rise only narrowly got through, by a six to five margin.

Councillor Steve Morris, who voted against, said the city had the second highest average residential rates, just slightly behind Auckland.

Councillor Andrew Hollis, who voted against, believed a better process would be to hold back growth.

"Let the property prices go up so they become unaffordable so that inner-city living becomes affordable and we can get people motivated to put up apartments in town," Hollis said.

"Until we start thinking along those lines we will never intensify the city centre and then our infrastructure bills will of course keep rising as we stretch ever further to the boundaries of our 135 square kilometre city.''

Powell said any suggestion to hold back city growth was a Trumpesque and isolationist argument.

The public will now be consulted on the draft annual plan.