Insight - The Islamic Women's Council believes it's likely the Christchurch mosque attacks would never have happened if the public service - including police and security agencies - had not ignored their repeated warnings. The council has shared its concerns with the Royal Commission into the shootings, which is sitting behind closed doors, and has spoken exclusively with RNZ Insight.

In February last year, a man messaged a Muslim women’s Facebook group threatening to burn the Qur'an outside their mosque. Aliya Danzeison, who reported the threat at the time, says police seemed reluctant to follow it up.

Stress, frustration, exhaustion and anger are words that punctuate Islamic Women's Council members’ conversations about how they tried again and again to get authorities to listen to them.

They knew threats against their community were real and growing. They knew action was needed to prevent violent extremism in New Zealand.

Danzeison, who is responsible for the council's interactions with government, weeps as she describes the guilt and anger she feels at not having been able to get their message across, of not being able to persuade public servants to take action that might have prevented the death, injury, and devastation of so many on 15 March last year.

Her friend’s son, 33-year-old Atta Elayyan, was one of those killed in the terror attack on Al Noor Mosque. Her friend’s husband, Mohammad Alayan, was seriously injured.

"This is someone that's as close to me as my sisters and her children are important to me... I remember seeing her son the last time walking down the street in Queenstown with his daughter and his wife happily... I feel like maybe I could have done more, but ... going over all the evidence [I've come] to peace with it a bit more. I think I did everything I could."

Their submission shows this to have been the case. Danzeison and other council members had tried for years, through both the current and previous governments, to engage with them, to persuade them of the urgency of the situation: to convince them that Islamophobia and alt-right activity in this country was on the rise.

In hundreds of pages of evidence, the women carefully document the exchanges between different parts of the government, police, and of meetings with security agencies.

But in the end, the council says the public sector dramatically failed to protect the Muslim community and the country from the Christchurch terror attacks:

"While little might have been able to be done when the gunman opened fire, there was a multiplicity of actions that could, should, but were not taken by the public sector in the years prior to the attacks. Had they been taken when they should have been, the gunman is likely to never have got to the door of the mosques." 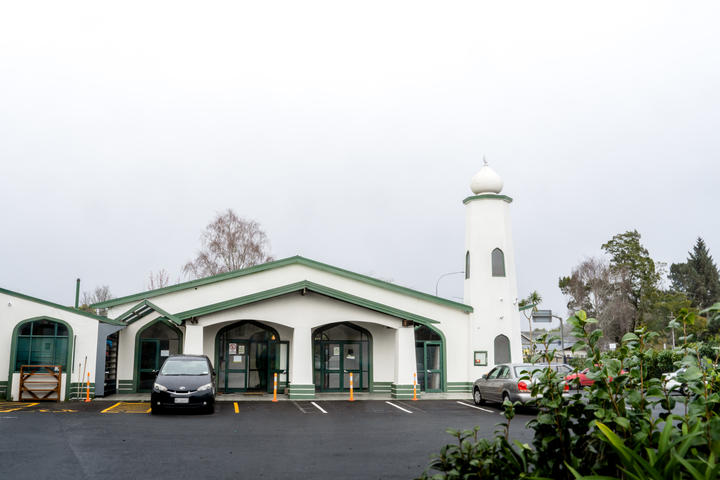 When the Islamic Women's Council first started speaking with government agencies, its leaders had focused on educational difficulties, challenges in gaining employment - especially appropriate work for those with high level qualifications - marginalisation, and the increasingly negative perception of Muslims.

With their years of experience working with youth and their community, the council should have been worth listening to by the government. They needed its help to begin answering the growing needs among New Zealand's Muslims. Their submission to the Royal Commission shows they kept asking, but none was forthcoming.

In more recent years, as the submission explains, the council’s attention began to focus more on how events overseas were affecting New Zealand’s Muslim community - which now numbers 57,000, according to the 2018 Census. The rise of ISIS and the war in Syria all resulted in an increased focus on the community, and not necessarily in a positive light.

In 2014, then prime minister John Key announced new laws to deal with New Zealanders recruited by terrorists. As media attention became intense and often negative, the Muslim community here felt they were being asked to justify what was happening.

One person who did listen to the council’s concerns was then Race Relations Commissioner, Dame Susan Devoy. She told Insight she remembers writing to the State Services Commissioner in late 2016, setting out her fears for the Muslim community. 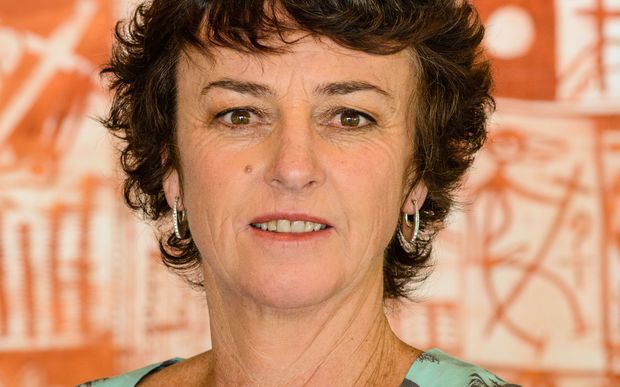 "I said that for four years, we had been trying to address the issues for our Muslim community associated with countering violent extremism. And I went on to say that despite investment in security and intelligence, there'd been no resourcing financial, or otherwise, to support this marginalised community."

The Islamic Women's Council were not only aware of the issues, she says, they had solutions, but they needed assistance to make things happen.

With the support of the Human Rights Commission, the council did secure a meeting in early 2017 with the Department of Prime Minister and Cabinet. They were hopeful. But the actual result was heartbreaking, according to the council’s acting national coordinator, Anjum Rahman.

"We were putting our case in good faith... in the expectation that it would make a difference... in one particular meeting there isn't even any record of the meeting and that particular department didn't even know who we had met with and there's no record of what was discussed, let alone action taken," she says. Rahman believes the dismissive way they were treated amounts to institutional racism.

Watch, read and listen to more  stories from Philippa Tolley 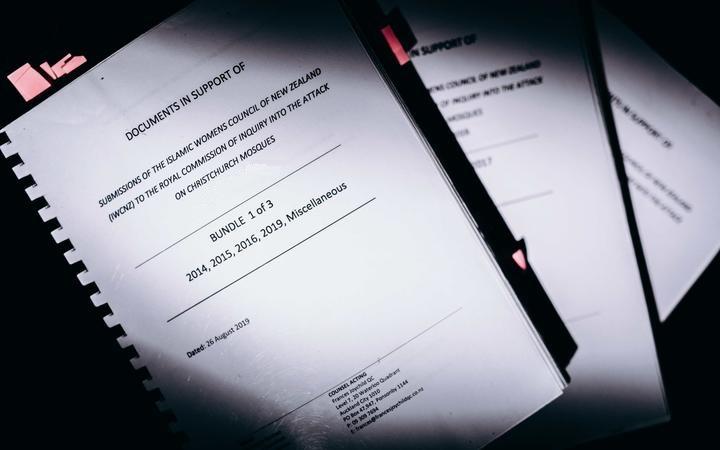 The level of tenaciousness and perseverance displayed by the women leaders is highlighted by their lawyer, Frances Joychild QC, who collated their submission to the Royal Commission. The submission states that the council’s advocacy was so clear, the government had at least two years to put concrete steps in place for the protection and support of the Muslim community.

Joychild says the public service showed "incredible ineptitude" in its interactions with the group. While the women strived to prevent local Muslims from becoming radicalised and to protect their community from the consequences of growing Islamophobia and alt-right activity, the efforts from the government amounted to little more than box ticking, she says.

In 2017, a small ray of hope emerged for the women, as the council was invited to address a heads of government meeting. Pretty much everyone in the bureaucracy was there - police, education, security services and foreign affairs and trade. The idea was for each agency to develop plans of action to counter discrimination and growing Islamphobia, as well as a "whole of government" plan to encourage social cohesion.

But, as Dame Susan Devoy puts it, despite the women Muslim leaders devoting huge amounts of time and energy and making personal sacrifices to push for national plans and strategies, there were no outcomes from any of the many meetings. "No programmes, no actions - nothing was put in place," she says.

The council invited Insight to Hamilton when they delivered the first part of their submission to the Commission, though the session took place behind closed doors. Six hours after it began, the women emerged, drained and exhausted from re-living the grief of the attacks and their struggles to be heard.

Aliya Denzeisen remained positive, despite a history of failed attempts to get authorities’ attention.

"Each time that we went into meetings, we had hope. And I think today's meeting has given us hope that people have listened, based on their questions. They understand what we needed... and I feel quite comfortable with both commissioners and their team." 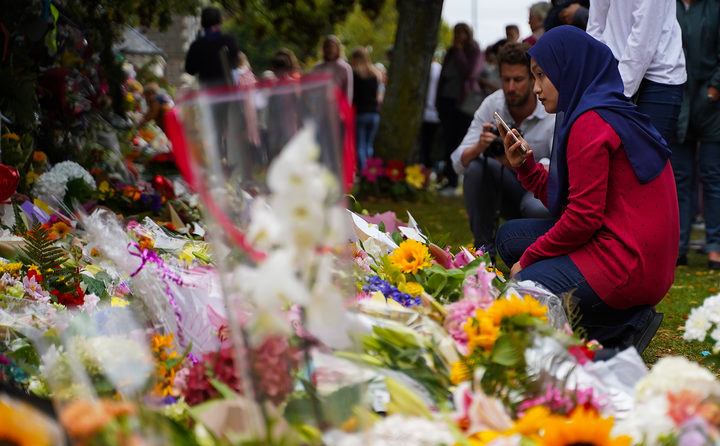 But the council’s acting national coordinator, Anjum Rahman, was more reserved. She will judge the success of the inquiry on what recommendations the government takes up and whether they will get put into place, she says.

Rahman is dubious as to whether those in power will take responsibility for the mistakes that were made. If there is to be change to protect all communities in this country, she says everyone will have to step up.

"A lot of it will depend on New Zealand, the New Zealand public and how much they are willing to stand beside us and behind us and to push with us for that change... it's all very well to come and lay flowers at the mosque and have a cry and a hug. But what are you actually going to do to counter fascism in this country and to counter white supremacy?"

The Royal Commission is due to deliver its report at the end of April.