A small brigade of tiny houses has reached Parliament's grounds with a key message to politicians. 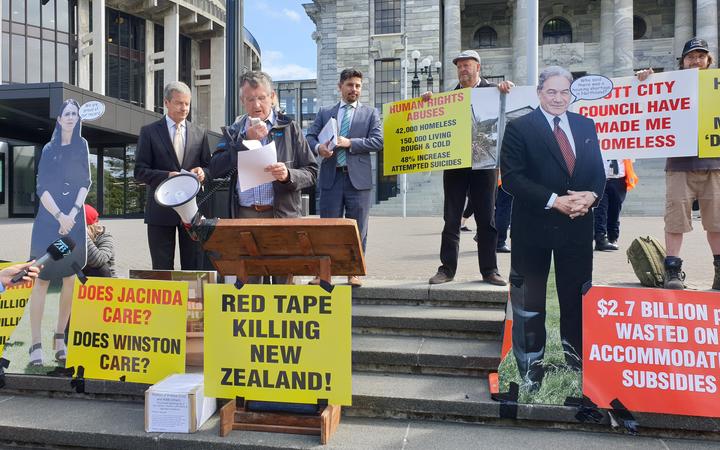 Colin Wightman speaking in a microphone at the grounds of Parliament in protest for legislation to protect tiny houses. Photo: RNZ / Jonathan Mitchell

The protest - led by tiny house company Eco Cottages - has been travelling around Wellington streets all week.

The aim is to introduce legislation to protect and promote tiny houses as an option to address the housing crisis.

"This is not about a free ride for tiny houses - this is about having separate regulations and fees structures and land zonings that will cater and protect their future," he said.

Wightman said that would prevent excessive costs, red tape and abuses of the Building Act and Resource Management Act.

He presented a petition to MPs this afternoon, which would be introduced into the House by the National Party.