A Canterbury man wants councils to take heed after he proved in court his tiny house is a vehicle - not a building, like the Ministry of Business, Innovation and Employment (MBIE) said it was. 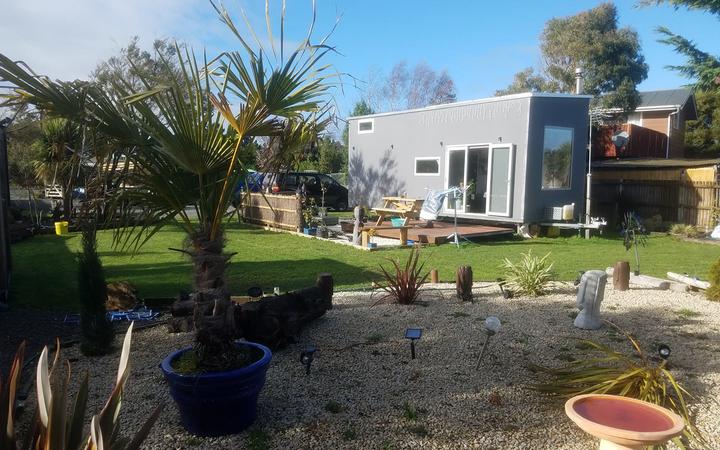 The ruling means Alan Dall can live in his tiny house without having to spend thousands of dollars fixing it to the ground and making it building code compliant.

Dall's do-it-yourself tiny house, perched on Amberley beach, has been an unlikely bureaucratic battleground since 2017, when Hurunui District Council first ordered him to make it comply with the building code.

Dall asked the MBIE to overturn the order by confirming his home was a vehicle, but MBIE sided with the council, ruling it was a building.

With a bit of crowdfunding, Dall took the ministry to court and walked away victorious last week.

Hurunui District Council said it accepted the court ruling and Dall's Notice to Fix was no longer valid.

Watching the court case were hundreds of other tiny house owners and makers who helped with the crowdfunding, because they too wanted more clarity about their regulatory requirements.

Among them was Charlotte Murray, who was told by the Selwyn District Council her house bus in Leeston needed to be made building code compliant or they'd evict her.

She said she was no longer worried.

MBIE said it was working through the implications of last week's court ruling, including how it applied to future determinations about tiny houses.

It said it was important people living in tiny houses were warm, dry and safe, so anyone looking to purchase, construct or relocate a tiny house should check the requirements with their council first.

Dall said MBIE was going to have to rethink how it applied the Building Act, and councils around the country will need to take heed of the court ruling.

And to put pressure on the government to obey the laws, Dall will take part in a tiny house hīkoi to Parliament next week.

From Monday to Friday tiny houses on wheels will be parking up on the streets around parliament.

Their owners will be asking the government for clear rules and regulations to protect and encourage tiny houses as a housing crisis solution.