The use of portable cabins is booming as families search for cheaper accommodation options and manufacturers are struggling to keep up with demand. 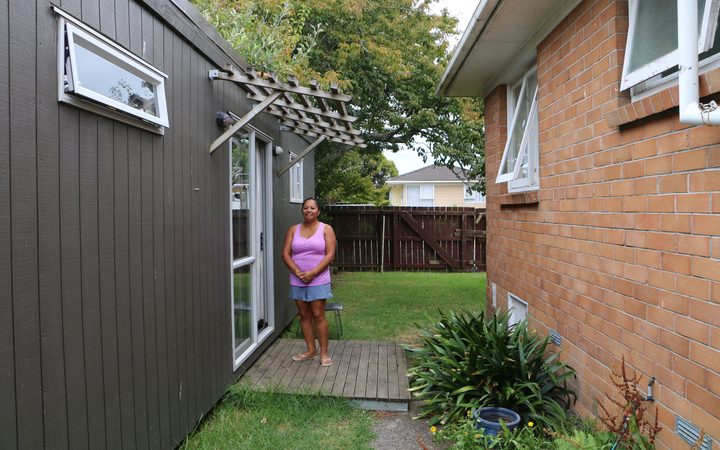 Aishai Bates-Hill in front of the cabin she has come to call home. Photo: RNZ / Brooke Jenner

On a spacious corner section in the south Auckland suburb of Manurewa, Aishai Bates-Hill has found a place to call home at the back of her parents' property.

The 36-year-old, her husband and their four children moved onto her parent's property two years ago, after failing to find any affordable homes in the private rental market.

For just $225 a week, their portable cabin provides everything the Bates-Hill family needs to get by - space for a bed, lounge area, bathroom and kitchenette in a three by nine metre space.

Their three older children bunk in bedrooms in their grandparent's home only a few steps away.

"It's a lifesaver," Ms Bates-Hill said. "To be honest, the only other option we had left was renting at a ridiculous price and we wouldn't have been able to afford it."

"Well, we would have, but there wouldn't have been any money left for anything else."

The Bates-Hill family are not alone.

In the past year, Ms Bates-Hill said she had noticed several units appear on nearby properties.

And other families RNZ spoke to in Mangere Bridge and Kelston said the units were now a common sight in their communities too.

"I definitely think it's a response to the housing crisis," she said. "Just down from us, I have seen four houses and they have got cabins on them."

"I am just blown away that there are even that many of us in a cabin." 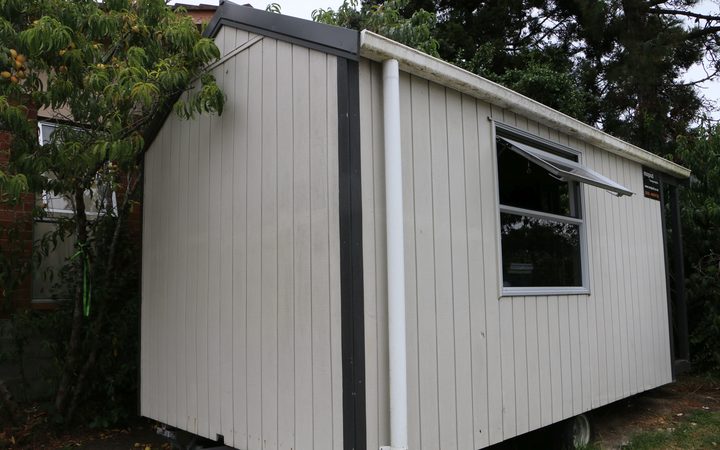 It's a trend that is bringing exponential growth to the transportable housing industry.

Papakura-based factory HouseMe is among the growing number of businesses having to find ways to keep up with the demand.

"Three years ago, we were averaging about 50 units a year - 50 units built and sold and that has steadily increased to about 80," Mr Glover said.

"But in the last year, that is where we have really seen some huge amounts of hypergrowth and we are easily achieving over 200 units a year now."

Mr Glover said high rental prices were only one reason for the industry's growth - new business deals with housing agencies and the tiny home trend were also factors.

"There's no rule of thumb, we're dealing with all walks of life in all different suburbs," he said.

"It would go as south as Tauranga and as north as Ruakaka with the majority being in the Auckland region." 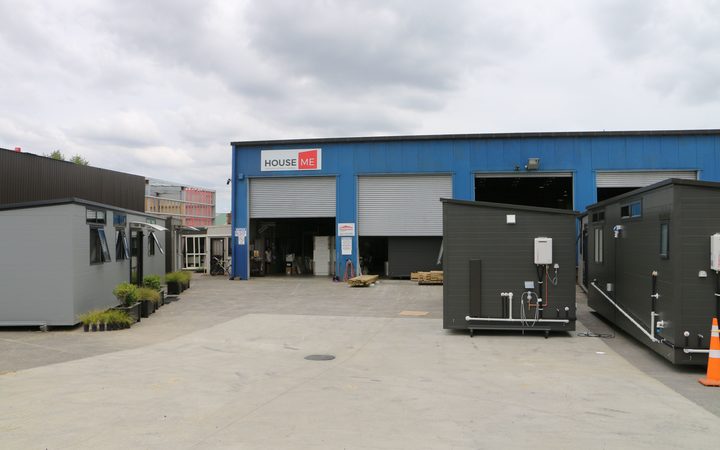 HouseMe in Papakura is building a new factory that will allow the company to make 500 units a year. Photo: RNZ / Brooke Jenner

Mr Glover said the company had even had to build a new factory to keep up with increasing demand.

Due to open in about six weeks' time, the new factory will allow the company to make 500 units a year.

Mr Glover said he did not expect the industry's growth to slow any time soon.

While Ms Bates-Hill said her unit was not a long term solution, she considered herself one of the lucky ones.

"We are lucky my parents were willing to let us stay here, it does make me wonder about other people - how they deal with it.

"We've got someone to fall back on but I know a lot of people that don't."

With rental prices not expected to dip any time soon, some experts believe the cabin trend could be here to stay.