A Fox Glacier local believes the clean-up of the area's rubbish strewn river is being forgotten. 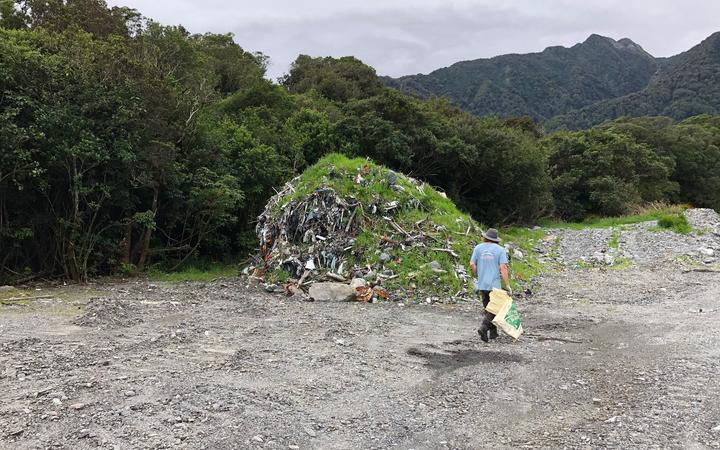 A deluge washed out a closed landfill near Fox Glacier, leaving old garbage snagged on logs or buried under rocks and silt, along the riverbed.

Fox Glacier guide Kelsey Porter says more rubbish has been exposed following a recent rainfall, and the momentum from last year's clean-up has been lost.

But the Westland District Council is defending its river monitoring, and say cleaning the riverbed is not a practical solution.

Porter has been making regular visits to clean up the Fox riverbed since a disused landfill spilled rubbish in March last year.

But over the weekend, when she visited a hilly spot near the Fox River bridge on the Haast highway, she said more rubbish was exposed because of recent rainfall.

"The whole hill is just rubbish. So it's just a bank of rubbish that's covered with sand. So every time we get a big rain event, and the river swells, it just kind of exposes all that rubbish," she said.

Porter said a lot of the hard work last year appeared to have ground down to a near halt, and more monitoring needed to happen.

"It's surprising that we didn't capture the momentum and the opportunity to continue to monitor this situation and do the best that we could because I was really impressed with the eventual cleanup effort," she said.

"We've got staff at Fox on a regular basis on a weekly at least," he said.

Smith said people should expect to see more rubbish over the next few years as it was mainly underneath the riverbed, which was nearly impossible to clean without further damage to the environment. 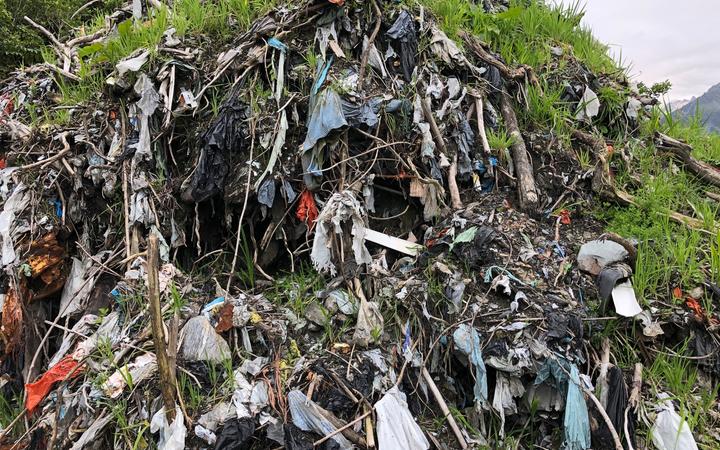 "What you do is you'd go into the, into the Fox River, you'd have diggers and trucks, you'd dig it up, screen the rubbish out. And in the process you would completely change the Fox river forever. So not only is it economically not a good idea, it's practically not a good idea either," Smith said.

He said the Department of Conservation (DOC) - which led last year's big clean up - had done a good job of doing clearing the rubbish.

"You can't measure the volume that will be under the riverbed in Fox because it may have lifted a metre or may have lifted half a metre. And underneath that it will be rubbish which when there's a big flood and we get the odd one, and it'll be exposed and probably for several years," Smith said.

DOC said it was not available for an interview, but in a written response a spokesperson told RNZ that it has accomplished it's task of cleaning up 21km of riverbed and 64km of coastline of visible rubbish.

The work was completed on 15 August last year.

But Porter said she would still like to see long-term response teams formed to monitor and clean up the Fox River, and develop a plan to clean the riverbed.

"We don't actually know how much came out and how much is still sitting there. But we need to dig the rest of it out because we're just sitting in a position waiting for this whole event of last year to occur again. So we need that dug out," she said.

Porter said the government must be more involved and learn lessons from the Fox River clean up, as she believed more disused landfills could cause problems across other parts of the country.