Masterton District Council [MDC] bought additional clay to cap its closed landfill but says it's part of an ongoing management plan rather than a response to the Fox River landfill disaster. 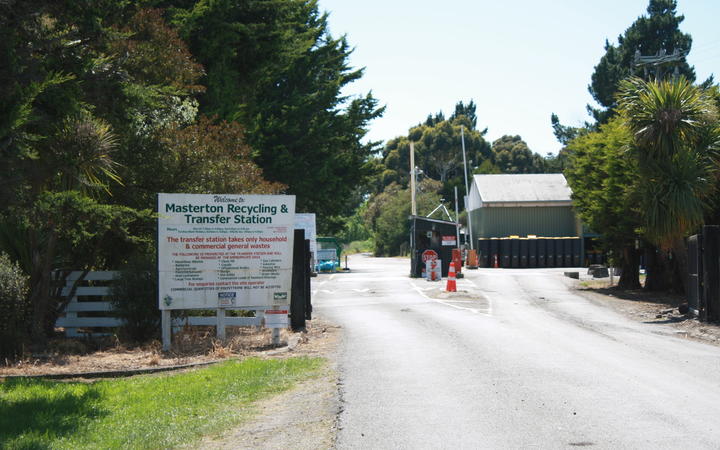 In March, the flooded Fox River undermined an old landfill, spilling rubbish on to West Coast beaches, resulting in a massive clean-up.

In Masterton, the old Nursery Rd landfill is bounded to the east by the Ruamahanga River and is surrounded by a range of lifestyle blocks in the other directions.

Earlier this year, the Te Kāuru Upper Ruamāhanga Floodplain Management Plan developed by a sub-committee of Greater Wellington Regional Council [GWRC] said the site had suffered from ongoing erosion and was protected by a combination of rock groynes and willow buffers. Possible erosion of contaminated material was a concern, the plan said.

MDC's annual report for the year to 30 June 2019 stated the council took an opportunity to purchase clay for cover material for the closed landfill.

The $189,000 cost was not planned but was able to be funded from money built up in prior years for that purpose.

The council said it continually added to the clay cap over the top of the closed landfill.

"We do this as and when clay becomes available in the local area through excavations - last year an opportunity arose to acquire a large quantity of clay locally, which we took advantage of.

"This is part of our normal operation and is not a response to management of closed landfills in other areas of the country," a council spokesperson said.

The Nursery Rd landfill was closed for general refuse on 30 September 2006.

The town now uses a transfer station adjacent to the old landfill and waste goes to Bonny Glen, a purpose-built landfill in Rangitikei.

The old landfill is covered by cleanfill as it is deposited, and the closure plan envisaged imported material would also be used.

The costs were recognised and allowed for over a 10-year time period to 2020.

The closure plan was finalised when a resource consent was obtained in 2010/11.

Documents from the time of the resource consent application say the landfill covered eight hectares.

The site received discharges of contaminants since the 1930s, if not longer, as an unclassified town rubbish dump, the application said.

The historic design of the landfill did not include a leachate collection layer and soils in the area were described as Ruamahanga stony sand providing rapid drainage.

Separately in the annual report, the council stated it was aware of three sites within the Masterton urban boundary which had some level of contamination as a result of the

The council is meeting its obligations with respect to disclosure about these sites pursuant to the Resource Management Act and has commissioned studies into the levels of contamination and continues to undertake monitoring as required.

The former gas works site in Bentley St is owned by the council and may need some remediation in the future. The investigations to date indicate some limited off-site migration of a number of contaminants.

This is not considered significant as the groundwater is not utilised in the area and the plumes are generally very limited in extent.

Council is currently working with GWRC as a resource consent for this site is in place and involves ongoing monitoring costs.