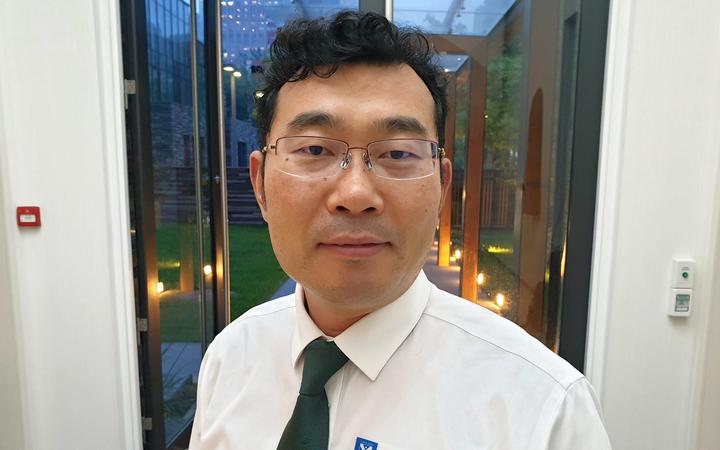 A director of the company JJL, Kevin Zheng, told RNZ it had hundreds of students affected by New Zealand's ban on travellers who have been in mainland China in the past 14 days.

He said most of the students still hoped to travel to New Zealand even though it was not clear when the ban might be lifted.

"Only few students transfer to some other countries like the UK, but most of the students, they are waiting for the situation to become better," he said.

However, Zheng said students' faith in New Zealand could change if the ban continued much longer.

He said the longer the ban was in place, the more likely it was that students would travel to a third country, wait 14 days and then continue to New Zealand.

That approach complied with the ban and some Australian universities were offering to pay their Chinese students thousands of dollars to do it.

"If the ban continues more and more students will take this way to travel to a third country and then go into New Zealand. This is a very good idea," he said.

"The UK, they ask the students from Hubei province to self-isolate 14 days after their arrival in the UK. I think this policy or regulation should be adopted by the New Zealand government," he said.

Zheng said up until a week ago families probably saw overseas travel as a safer option than remaining in China, but recent announcements of Covid-19 cases in other countries might have changed that view.

"Recently things happened in Italy, in Korea, Iran. I think probably the families will think stay home is safer."

New Zealand government figures show more than 11,000 students are unable to travel to New Zealand because of the ban. Universities are worst hit, with more than half of their Chinese students still in China.

He told Morning Report they also want an exemption for students, and that universities can help isolate them on arrival.

"It starts at the other side of the border in China. The prevalence of the disease in the cities where we draw our students is very low. There's pre-flight checks, post-flight checks, we pick our students up from the airport to make sure they're aware of the isolation procedures.

"We put two choices in front of the government, one is to treat these students the same way we have the New Zealand residents where they can self-isolate with our monitoring in their normal accommodation, then have a medical check before coming back to class. Or, we put the students directly into an isolation facility that we create and manage to be able to look after them all in one place."

Guilford said he's not a big fan of the alternative, which is for students to travel to a different country and self-isolate before coming to New Zealand because it means they cannot be properly monitored.

"We can't be too sure whether the students are safe and whether they are indeed self-isolating."

He said, in the worst case scenario if no Chinese students could come, universities would lose around $300 million.