Tourism bosses have been invited to join a new advisory group, allowing them to stay in "constant communication" with the government in their response to the coronavirus. 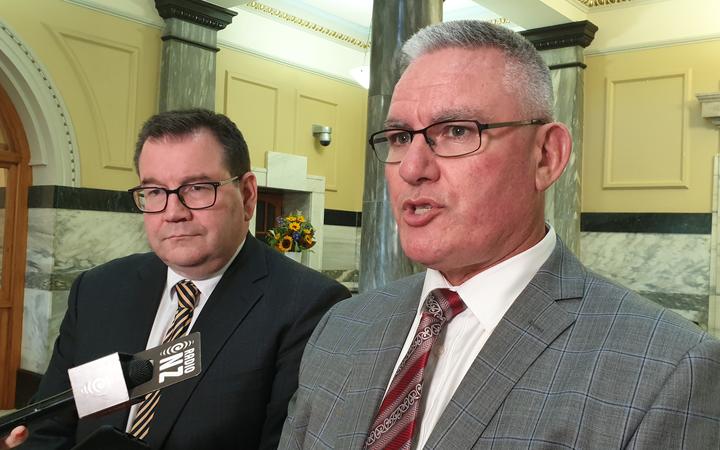 Finance Minister Grant Robertson and Tourism Minister Kelvin Davis offered the reassurance to representatives from the sector, airports, and Air New Zealand during a meeting at the Beehive this evening.

"It was a very positive meeting and a good exchange of ideas and views," Davis told reporters.

"Everyone is realistic. Everyone knows that this is a global situation and that the best thing we can do is continue to have these conversations together."

The sector has been hit hard by a drop in visitor numbers mostly due to the ban on foreign travellers arriving from mainland China. The government last week announced an $11 million boost to Tourism New Zealand to try to counter the shortfall.

Speaking to media after the meeting, the ministers said everyone agreed Tourism New Zealand should focus its attention on attracting visitors from North America and Australia.

"Those markets are still open. People are still visiting us from there, so we're looking to capitalise on that," Davis said.

Planning was also under way on how best to fully re-engage with China when that was safe to do, Robertson said.

"It's a really important market for New Zealand generally. It's not just about tourism inbound, it's also about the outbound export market as well.

"So that's very important for us have a co-ordinated approach to that."

Robertson said none of the meeting's participants had requested more direct assistance, but that could be on the table if the situation took a turn for the worse.

Robertson was unable to put a monetary figure on the impact of Covid-19 on the sector, apart from to say it would be "significant" in at least the first half of the year.

Attending the meeting were representatives from Auckland, Wellington and Christchurch airports, Air New Zealand, and the Tourism Industry Association.