Health Minister David Clark says the government is keeping a close eye on countries with soaring instances of Covid-19 amid an uncertain international situation.

Yesterday the government extended its ban on travellers from China until 3 March, but announced it was looking at giving special dispensation to those who had made arrangements to take up study. The ban has been in place since 2 February.

Clark told Morning Report Iran, Italy and South Korea were other countries that were raising concerns, after cases of the coronarvirus exploded in recent days. He said the countries' ability to contain those outbreaks would be closely looked at.

"We will take advice from the experts ... we will consider the evidence and seek advice on that because it is the case that certainly until recent days it's been believed that the virus could be contained in China, and any small outbreaks elsewhere being contained. It has been all the way along an evolving and uncertain international situation."

His comments come as the World Health Organisation (WHO) warned the world should do more to prepare for a possible coronavirus pandemic, where the disease spreads easily from person to person.

The WHO said it was too early to call the outbreak a pandemic but countries should be "in a phase of preparedness".

More than 1200 cases have been confirmed in about 30 other countries, with more than 20 deaths reported. Italy reported three more deaths today, raising the total there to six.

Italy has 165 reported cases and announced a series of drastic measures over the weekend to try to contain the outbreak.

In the regions of Lombardy and Veneto, a lock-down is in place in several small towns. For the next two weeks, 50,000 residents will not be able to leave without special permission.

Even outside the zone, many businesses and schools have suspended activities, and sporting events have been cancelled.

Clark said efforts in New Zealand were focused on keeping the coronavirus from reaching the border, but wouldn't be drawn specifically on whether contingency plans involved being prepared to isolate towns and cities in similar fashion, if the illness spread here.

"We're not in that situation yet. Obviously we have a well-prepared and constantly updated pandemic plan that's been in place for a number of years... So we are prepared for any kind of epidemic situation, but at this stage our efforts are focused on keeping the virus out of New Zealand and if a case comes in, being prepared to contain it."

The minister said New Zealand health authorities were able to check that people who had already come into the country were self-isolating and that the system of an effective precautionary measure.

"We've got a situation in New Zealand were we've put in place a healthline... We've tried to make sure we've got information to anybody who has concerns and as each person's coming in we've set up a system where contact information is passed on to the healthline so that contact can be initiated there and the vast majority of people who have come in since 2 February have been able to be in communication, either voluntarily or we've followed up with them."

The proposed exemptions for international students was being explored, but that would only be possible if universities could show the government detail that it had "credible self-isolation and accommodation plans in place".

Clark said private accommodation providers were reluctant to take people in during a quarantine period.

"We need to be satisfied that any health risk could be successfully managed."

The proportion of infected people who die from Covid-19 has been estimated between 1 percent and 2 percent, although the WHO cautions that the mortality rate is not known yet.

On Monday Iraq, Afghanistan, Kuwait, Oman and Bahrain reported their first cases, all involving people who had come from Iran. Officials in Bahrain said the patient infected there was a school bus driver, and several schools had been closed as a result.

WHO chief Tedros Adhanom Ghebreyesus said at a news conference that the number of new cases in recent days in Iran, Italy and South Korea was "deeply concerning" but not yet a pandemic.

"Does this virus have pandemic potential? Absolutely, it has. Are we there yet? From our assessment, not yet."

But Mike Ryan, head of WHO's health emergencies programme, said now was the time to make preparations.

"It is time to do everything you would do to prepare for a pandemic," he said.

The main signs of infection are fever (high temperature) and a cough as well as shortness of breath and breathing difficulties.

Frequent handwashing with soap or gel, avoiding close contact with people who are ill and not touching your eyes, nose and mouth with unwashed hands can help cut the risk of infection.

Catching coughs and sneezes in a tissue, binning it and washing your hands can minimise the risk of spreading disease. 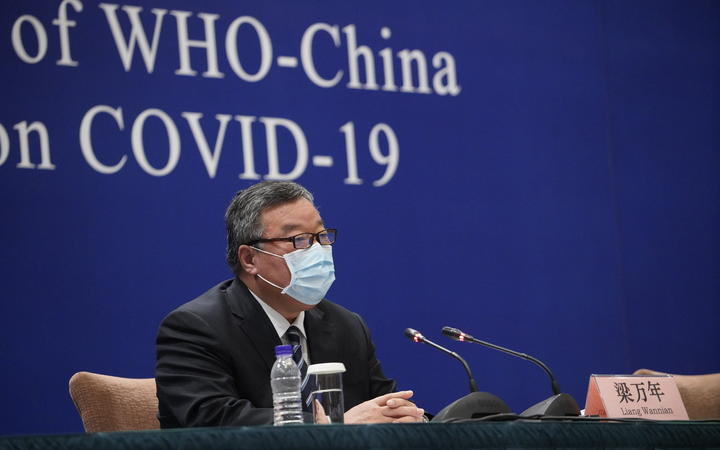 Liang Wannian, head of the Chinese team, speaks during a press conference of the China-WHO joint expert team in Beijing. Photo: AFP

Which are the worst-affected countries?

South Korea - which has the largest number of confirmed cases outside China - reported another 231 infections on Monday, taking the total there to more than 830. Eight people have died.

Around 7700 troops have been quarantined after 11 military members were infected.

But the biggest virus clusters have been linked to a hospital and a religious group near the south-eastern city of Daegu.

In China, officials in the city of Wuhan, where the outbreak began, has announced yesterday that some non-residents would be allowed to leave if they showed no symptoms.

However, authorities later said that order was made without authorisation and had been revoked.

China reported 409 new infections on today, the bulk of which were in Wuhan.

Iran said on Monday it had 61 confirmed cases of the virus, most of them in the holy city of Qom. Twelve of those infected have died, the highest number of deaths outside China.

Yesterday, an MP in Qom accused the government of covering up the extent of the outbreak, saying there were 50 deaths in the city alone. However, the country's deputy health minister quickly denied the claim.