Major outbreaks of the new coronavirus Covid-19 have suddenly been detected in both Italy and Iran in the past few days. 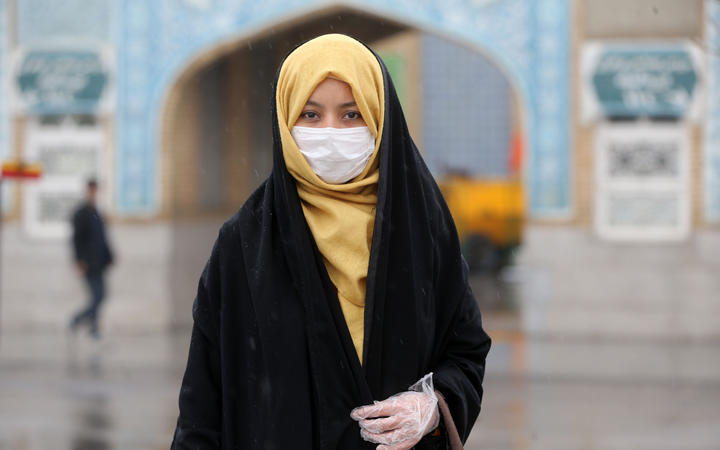 Researchers have described the cases in Iran as the most worrying for efforts to contain the global spread of the virus and prevent it from becoming a pandemic. Photo: AFP

Meanwhile, cases in South Korea have surged making it one of the worst-affected countries.

Covid-19 is no longer a problem just in China, with a small number of exported cases.

It has many people asking if the virus is about to become a pandemic and whether containing it is still possible?

A pandemic is a disease that is spreading in multiple countries around the world at the same time.

This virus "absolutely" has pandemic potential, according to the World Health Organization (WHO) chief Dr Tedros Adhanom Ghebreyesus.

But he added: "We are not witnessing uncontained global spread of the virus, using the word pandemic does not fit the facts."

"I think many people would consider the current situation a pandemic, we have ongoing transmission in multiple regions of the world," Prof Jimmy Whitworth, from the London School of Hygiene and Tropical Medicine, told the BBC.

Some scientists were even arguing two weeks ago that we had already entered the earliest stages of a pandemic.

All this tells us there is some wiggle-room around the word.

The developments in South Korea, Italy and Iran are the reason why people are drifting closer to calling the coronavirus outbreak a pandemic.

South Korea is piling on hundreds of new cases, showing how contagious the virus is.

Italy and Iran now have substantial outbreaks. There are almost certainly far more cases in these countries than have been reported - and the connection with China has not yet been established.

"The virus is spreading around the world and the link with China is becoming less strong," Prof Whitworth said.

And Prof Devi Sridhar, from the University of Edinburgh, said her perspective "has definitely changed" over the past couple of days.

"This has largely been a Chinese emergency, now we are seeing it progress in South Korea, Japan, Iran and now Italy," she said. "It's a highly infectious virus and spreading very quickly."

She does not think we are in a pandemic yet and is waiting to see long chains of transmission in countries outside of China.

"If it's in Italy and Iran, then it can be anywhere." 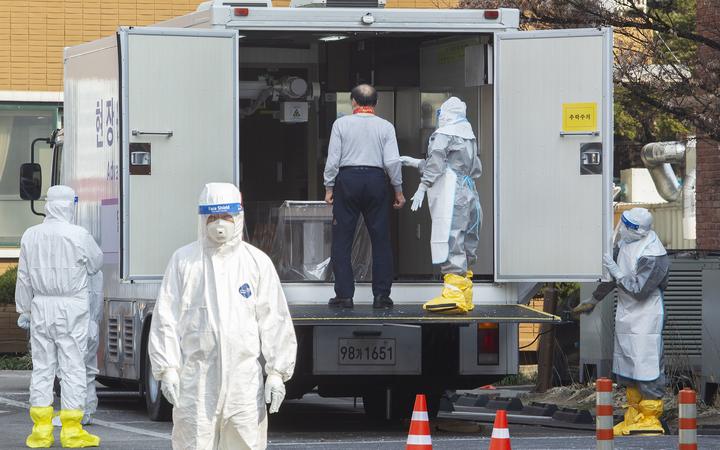 A person with symptoms of suspected coronavirus infection is being examined by hospital personnel at National Medical Center in Seoul, South Korea. Photo: AFP

Researchers have described the cases in Iran as the most worrying for efforts to contain the global spread of the virus and prevent it becoming a pandemic.

The number of deaths reported in the country, 12, is far more revealing than the number of reported cases, 61.

Deaths are significant as the virus kills only a small proportion of people who are infected and it takes weeks to go from infection to death.

Dr MacDermott said: "It suggests fairly large numbers of people with minimal symptoms, or who are asymptomatic, that aren't being tested or even being identified.

"Who knows how long it has been going on?"

The country has already been linked to cases in Afghanistan, Kuwait, Bahrain, Iraq, Lebanon, Canada and Oman.

She added: "Iraq and Afghanistan - that's two of the countries you don't want the virus in, healthcare is barely existent after decades of war and it's not safe for healthcare workers to travel there.

"I think we are teetering on the balance of a pandemic, in the next week or two we're likely to see it pop up in lots places and if it's on several different continents then we'd be approaching a pandemic."

Officials now say the WHO will not formally "declare" a pandemic for the new coronavirus, though the term may still be used "colloquially".

In 2009, the organisation was criticised when it declared swine flu a pandemic.

It based the decision on a criteria it no longer uses.

The virus did spread round the world - but it proved to be relatively mild, leading some to argue the organisation had been too hasty.