The head of the World Health Organization (WHO) has expressed concern at the number of coronavirus cases with no clear link to China or other confirmed cases. 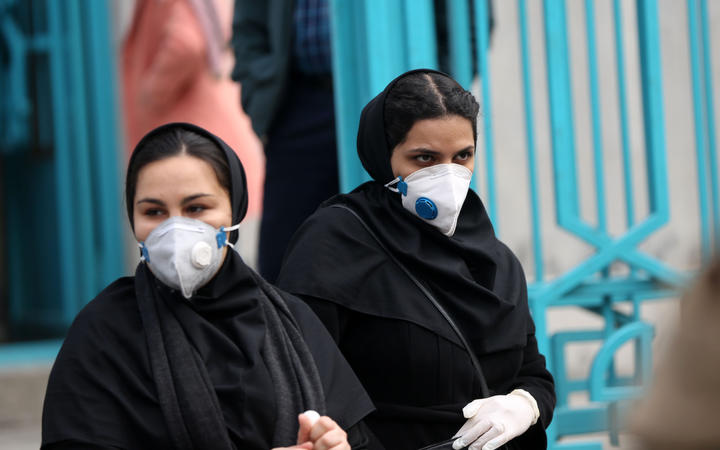 The window of opportunity to contain the virus was "narrowing", he said.

Iranian health officials said the virus may already be in "all Iran's cities".

Outside China 1,152 cases of the virus have been confirmed in 26 countries and there have been eight deaths.

They include two deaths in South Korea, which has the biggest cluster of confirmed cases apart from China and a cruise ship quarantined in Japan.

Italy on Friday announced 16 more cases and its health minister said schools and offices would be closed and sports events cancelled in the affected regions.

Dr Tedros said the number of coronavirus cases outside China was "relatively small" but the pattern of infection was worrying.

"We are concerned about the number of cases with no clear epidemiological link, such as travel history to or contact with a confirmed case," he said.

The new deaths and infections in Iran were "very concerning", he said.

But he insisted that the measures China and other countries had put in place meant there was still a "fighting chance" of stopping further spread and called on countries to put more resources into preparing for possible outbreaks.

In Iran the outbreak is centred on the holy city of Qom, south of the capital Tehran, which is a popular destination for Shia Muslims in the region.

Iran reported two more deaths in Qom on Friday, adding to the two deaths it reported on Thursday. A total of 18 cases have been confirmed in the country.

Lebanon has reported its first confirmed case - a 45-year-old woman who was detected as she arrived in Beirut from Qom. The UAE, Israel and Egypt have also reported cases.

Meanwhile Canadian officials said one of the nine cases there was a woman who had recently returned from Iran.

WHO officials said both Iran and Lebanon had the basic capacity to detect the virus and the WHO was contacting them to offer further assistance.

But Dr Tedros said the organisation was concerned about the virus's possible spread in countries with weaker health systems.

South Korea Prime Minister said it was now an emergency as 100 new cases and the country's second death were confirmed. The country now has 204 cases.

The southern cities of Daegu and Cheongdo have been declared "special care zones". The streets of Daegu are now largely abandoned.

All military bases are in lockdown after three soldiers tested positive.

About 9,000 members of a religious group were told to self quarantine, after the sect was identified as a coronavirus hotbed.

The authorities suspect the current outbreak in South Korea originated in Cheongdo, pointing out that a large number of sect followers attended the funeral of the founder's brother from 31 January to 2 February.

The sect - known as Shincheonji - which has been accused of being a cult, said it had now shut down its Daegu branch and that services in other regions would be held online or individually at home.

As of Friday, more than 400 members of the church were showing symptoms of the disease, though tests were still ongoing, the city mayor said.