Cars are starting to be removed from the SkyCity International Convention Centre, months after a fire devastated the building. 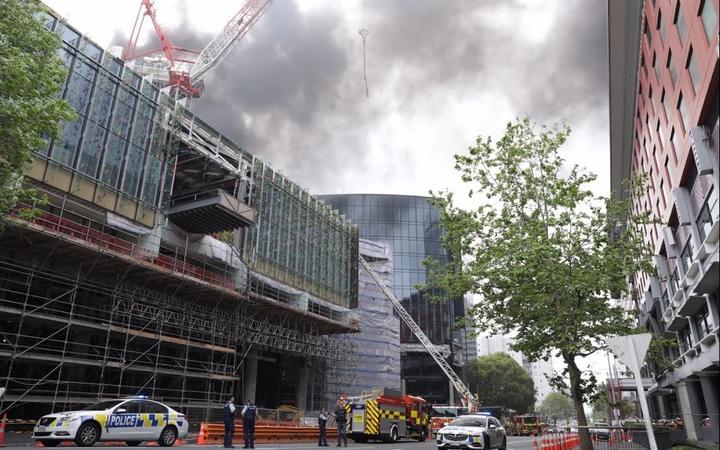 Millions of litres of water were used to tackle the blaze at SkyCity Convention Centre. Photo: RNZ / YouTube

The fire burned for three days in October and brought Auckland's CBD to a standstill.

During the fire, roads were closed around the convention centre, most businesses in central Auckland had to shut up shop because of the fire and health authorities asked people to stay out of the smoke if they could.

More than eight million litres of water that was used to tackle the huge blaze ended up in the carpark, where it rose to 1.5 metres and submerged about 100 cars.

SkyCity said the vehicles, which belonged to SkyCity employees and contractors, will be washed and then taken to secure sites for assessment, a process that may take several weeks.

Earlier this month SkyCity confirmed that its convention centre would not be hosting the APEC summit next year due to the damage done during the fire.

Fletcher Construction said major work on the centre would get underway mid-year.

Its chief executive Peter Reidy said the damage was significant and crews were still in clean-up mode at the venue.

"There has been extensive water damage throughout the building which, combined with the summer heat, has created conditions for mould. That requires the replacement of many of the services and fittings that were installed and has restricted normal access to the site," he said.

Ten organisations, including police, insurers, and other government agencies, are investigating the cause of the fire at the SkyCity International Convention Centre.