SkyCity says fire and smoke damage to the International Convention Centre and the adjacent SkyCity Horizon Hotel complex in Auckland will materially affect its opening. 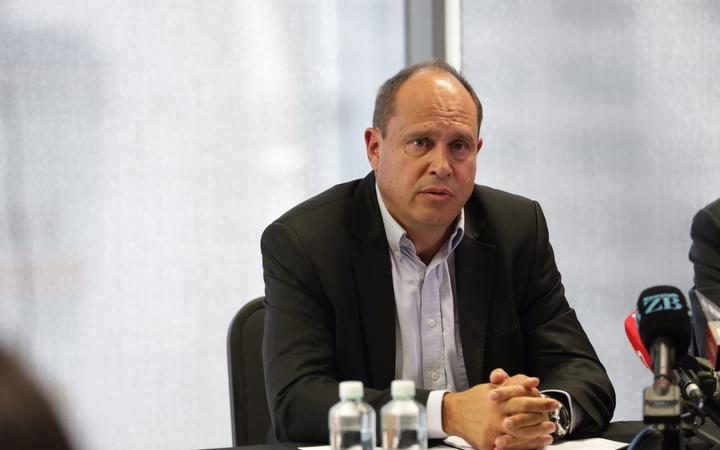 In a media conference this morning, chief executive Graeme Stephens said the fire at the convention centre was "absolutely devastating" for SkyCity Auckland, Fletchers and the community.

He said he completed a site inspection yesterday morning and everything was coming together - hotel rooms were being signed off and seats were going into the arena.

Mr Stephens said his hotels will likely remain closed tonight and the SkyCity precinct will be hopefully re-open tomorrow.

SkyCity said in a statement to the stock market there was insurance in place covering the contract works, which are being undertaken by Fletcher Construction, as well as third party liability insurance.

The large facility under construction in central Auckland was already two years overdue for completion.

It was to be finished by the end of the year, in time for the America's Cup and APEC leaders summit in 2021.

SkyCity said it would have more details once the fire was out and the extent of the damage could be determined.

Fletcher Building said it will investigate the cause of the inferno and the extent of the damage once the fire is extinguished and it is safe to re-enter.

It said once the extent of the damage is known they will determine the impact on the project, with SkyCity.

Fletcher Building said it expected a major delay to construction.

It said all staff and subcontractors on the building site were evacuated safely yesterday.

Fletchers chief executive Ross Taylor said there will be an investigation into what happened by both Fire and Emergency and Worksafe.

Mr Taylor said the building, which he described as the important infrastructure the city needs, will be completed.

Both men hoped the fire will be contained tonight.