With no rain forecast before Sunday, Auckland is about to break a record for the city's longest dry spell while other parts of the country are also approaching record periods of almost no rainfall. 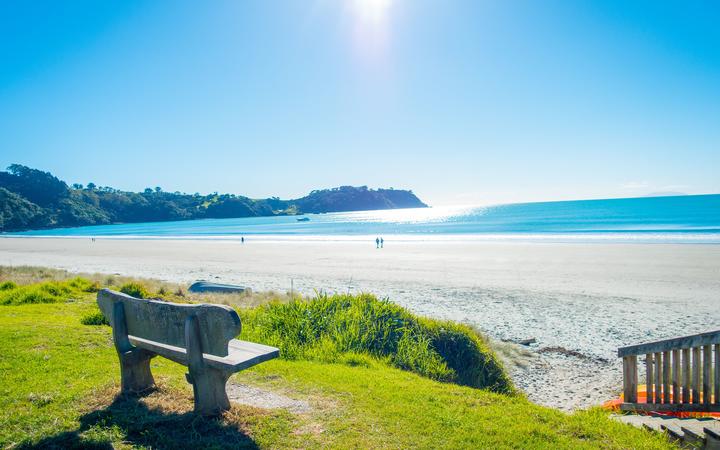 The view from Waiheke Island near Auckland as the region closes in on almost six weeks with a decent rainfall. Photo: 123RF

Niwa said Auckland is likely to hit 40 consecutive days without rain this weekend.

When Auckland's dry spell reaches 40 days on Saturday, it will become the longest on record ️

The current record for the Greater Auckland area is 39 days, set in 2013. pic.twitter.com/rjpGLuaM2T

The upper North Island is seeing severe drought conditions, leaving Northland parched after an unusually early start to the dry season, while parts of Waikato have not seen any decent rain since December. That's on top of a fairly dry year.

Much of the rest of the country is drier than normal - causing water restrictions in areas like New Plymouth, Gisborne, Wellington and parts of the South Island.

Experts say the droughts will affect our forests, lowering their carbon uptake, hindering efforts to monitor kauri dieback disease, and increasing the fire risk. Also, dry areas could be just as prone to flooding, when rain eventually does arrive.

Niwa meteorologist Ben Noll said it would take several heavy rainfall events to alleviate the extremely dry conditions that are affecting parts of the country.

"From Taranaki through Northland, including Waikato and Auckland, as well as parts of the Tasman District in the South Island, soil moisture is down 50mm and would require a month's worth of rain or more to be replenished.

"The list will expand during February with several North Island sites likely joining."

A dry spell is defined as a day having less than 1mm of rain.

Noll said it's likely the remnants of Tropical Cyclone Uesi will bring some rain to the lower South Island but the North Island will miss out, although some rain may be on the way from the end of next week.

Associate Professor Cate Macinnis-Ng from Auckland University's School of Biological Sciences and Te Pūnaha Matatini said while drought's devastating effect on agriculture is well known, it can also impact on forests and other ecosystems.

It's feared that while dry conditions may prevent the spread of the kauri dieback pathogen, when rain does arrive trees weakened by drought may be vulnerable to infection.

"Established forests may be relatively safe from drought impacts. Seedlings and restoration plantings are vulnerable as developing root systems of smaller plants do not have access to deep soil water stores.

Thanks to the Science Media Centre for help in compiling this story.