Farmers in parts of Waikato are looking skyward hoping at least 100 millimetres of rain will fall within the next fortnight as an extreme dry takes hold in the region. 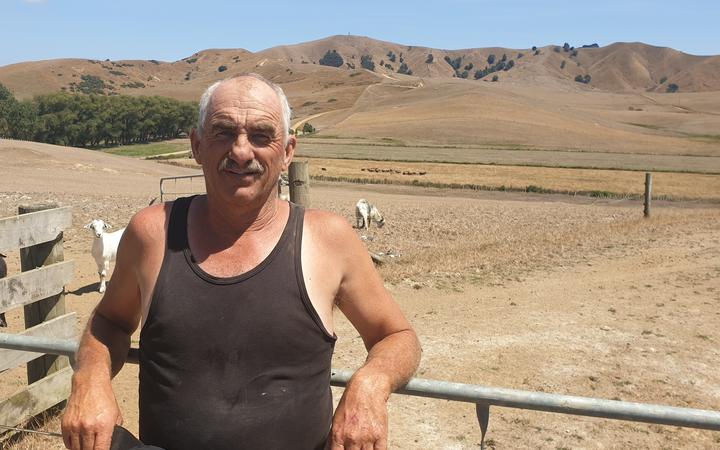 Northern, central and eastern Waikato have not seen any decent rain since December, and that came after a fairly dry year.

While drought-like conditions in Northland have this week been declared an adverse event, a similar call is yet to be made in Waikato.

The paddocks at Peter Le Heron's Te Puninga farm, not farm from Morrinsville, are parched and crispy brown.

''We are going backwards just because we have no grass at all and the grass is a brown to silvery colour and where there has been a little bit of an overflow from a water trough which obviously was a leak, there is a little bit of green grass.

"We were really getting very close to wilting point at the end of November which is quite serious and with no rain going forward we are just dry as a bone.''

He was expecting to have to dry off his herd by mid-March, rather than the normal time of mid-May.

''From the end of January, we started on what is called 16 hour milking, so really you are milking 3 times in 48 hours, over two days.''

''The cows are really just chewing nothing and, as you can see, it is just as bare as your lawn would be at home.'' 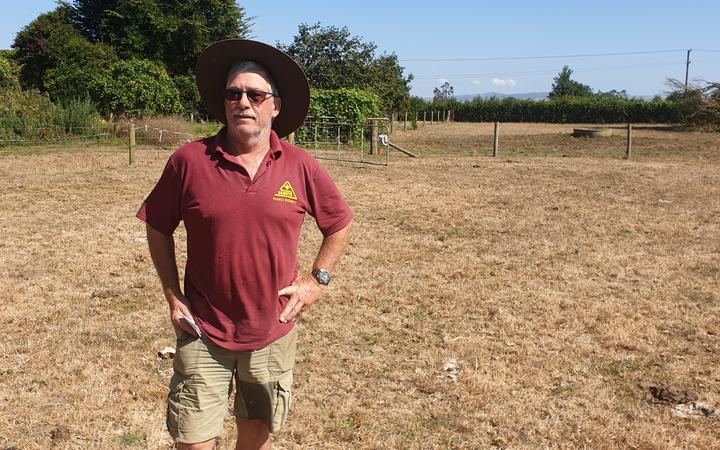 ''It is not enough to sustain good milking."

''As we go forward we are really going backwards in terms of production,'' he said.

Roger Lumsden farms 430 hectares with just under 800 Friesians, at Ohinewai in North Waikato.

He has been on the family farm for about 26 years and is used to dry spells and droughts.

''I guess the concerning thing for us this year is that it has come early.''

Lumsden said this adds its own challenges.

''The last few droughts have come a month later and by that stage we have done our pregnancy testing and we have a bit more production.

"It's just the fact it has come so early this year and it has put pressure on green feed crops after a fantastic spring and we got plenty of grass silage and stuff.''

He said without any reasonable rain soon, it is going to be a long haul into winter.''

Lumsden said while his relationship with his bank is good, some farmers are under real pressure.

''Hopefully they are talking to their banks, hopefully talking to the people they need to be talking to, yeah interesting times, land prices are a little unsteady at the moment and banks will be watching what is going on with real interest.''

He said the industry was seeing a little bit of an effect of the coronavirus on milk auctions.

''I guess the bright side is we are still looking at a reasonably good payout for this season, and that always helps.''

Lumsden said experience of previous dry spells and droughts have taught him that farmers need to react earlier and be ready to be it for the long haul.

Instead of blaming climate change Lumsden prefers to call it summer.

''I remember talking to both my grandfathers and they saw extremely dry years back in the 50s, 60s and 70s.

"It is [climate change] possibly having an effect but, at the end of the day, Mother Nature has a way with averages and we have before been through a dry year and the following year has been extremely wet.''

''Whether it is climate change or not, I am still yet to be convinced.'' 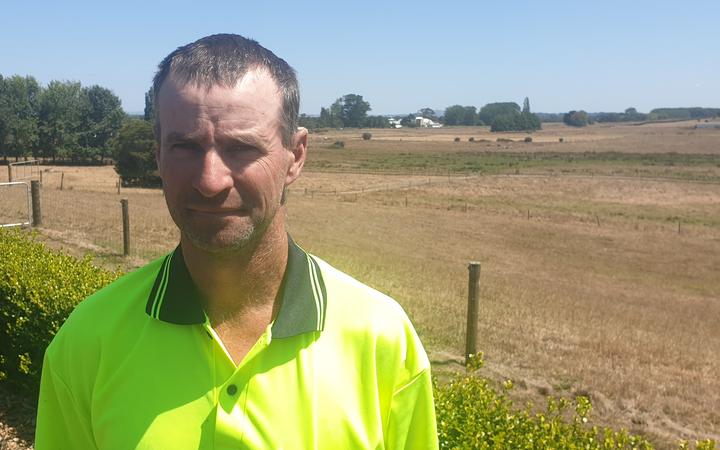 Steve Stark, a beef and sheep farmer at Mangawara, has 550 hectares and has been on the land since 1991. His hilly farm is tinder dry.

''I have to be careful what I do, you know. Out the break there is a lot of longer grass. We're fire conscious and we don't want to set anything going. It is that dry so just treat things cautiously.''

''We are definitely dry and drier than normal. The maize crops have really taken a bit of a hiding in our area,'' he said.

He was buying in feed to try and help the stock .

''We are waiting for cull ewes to go, we have 200 booked in and they have been on the list for four weeks but we still don't know when they are going.

"That's a concern when you need to make a move and have made the decision a month ago to do but you just can't get them away.''

Stark said he can cope with the dry.

''We have options that a good balance sheet affords you.

Neil Bateup, a dairy farmer and Chair of the Rural Support Network, said farmers are coping.

''Common comments are that if it carries on till the end of the month that will start to get a lot harder, but they are coping okay at the moment.''

He was worried about younger farmers who have not been through a big dry like the current one.

''I encourage them to talk to some of the older farmers who have been through it before or seek help from the Rural Support Trust, Dairy NZ, Beef and Lamb. There is support there for them.''

A cluster of industry groups, the regional council, government agencies and rural support in Waikato are due to meet again in about two weeks and if there is no rain by then it is likely the call will go out for government assistance and a declaration of an adverse event for the primary sector.