Drought-like conditions are intensifying for Northland, Waikato and Eastern Cape. 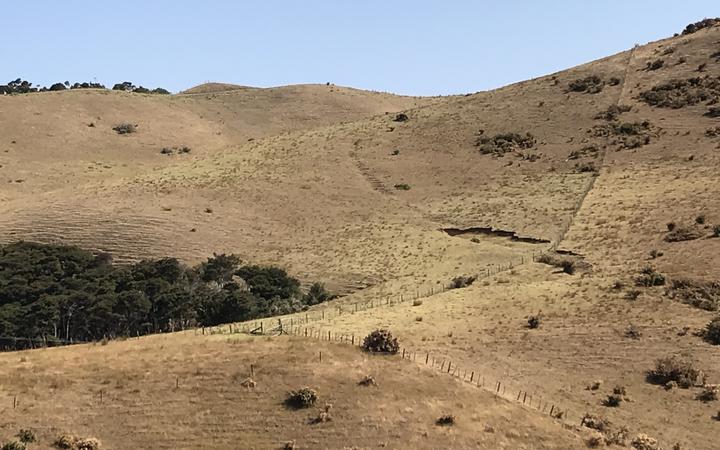 Some farmers in Northland are already culling stock suffering in the conditions - with the hot weather forecast to peak over the weekend.

Extreme dry conditions have already hit in parts of Waikato, Northland and the Eastern Cape.

Northland farmers suffered record low rainfall in 2019 and grow supplementary crops to feed stock during summer - when the region is usually bone dry.

He said farmers were alreadyusing feeding supplies much earlier than expected.

"Yeah, I'm just hoping I've made the decision early enough and that I've got enough supplement on hand which can get us through."

He said cows were the biggest victims of the heat.

"Well we've been putting our cows in the paddock in the morning letting them eat that grass and then finding a paddock with plenty of shade and just shifting them around midday and then we shift them later that afternoon."

If things continue, Sneath said he'd be forced to cull more of his herd.

"If we go on for another four weeks then yeah it's going to be real crunch time, then that's when we'll have to think about drying the herd off. There comes a limit when it becomes uneconomic to keep feeding cows."

Weather warnings have extended to the East Cape, where westerly gales could gust up to 130km/h tonight in Hawke's Bay and Wairarapa.

It's also going to be hot .

"For us that are always in the water we tend to just hibernate at midday, and just stay out of the sun, you know you have sunscreen use it, put a long shirt on it might not seem fashionable at the time, but it's worth it."

He said animals also needed attention in the extreme heat.

Fire and Emergency rural fire manager Tim Mitchell said it was going to be windy in many parts this weekend and it was tinder-dry.

"We really do want the public to take some extra caution over this week."

There are wind warnings for the North Island and the South island's set for prolonged heavy rain in Fiordland and Westland.

Metservice Meteorologist Talia Crabtree said the weather would continue to be dry into early next week with high pressure sitting over the regions.