Farmers in Northland are becoming increasingly worried about water and feed reserves, as the region tracks toward a drought, they say. 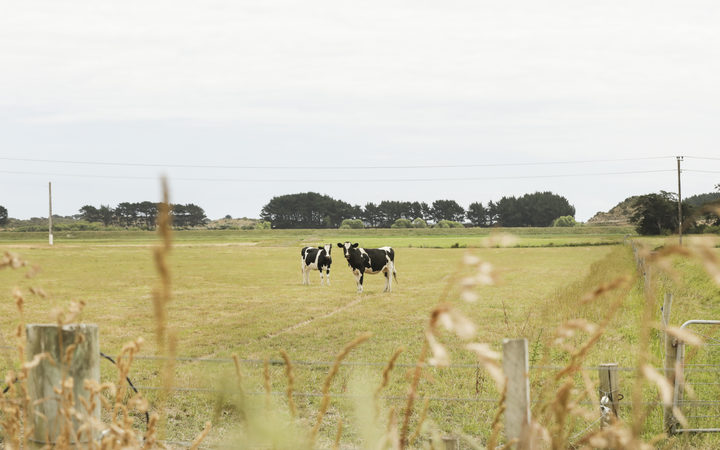 Farmers say low levels of feed after a dry winter means the dry summer is putting them under pressure. Photo: RNZ / Rebekah Parsons-King

Widespread dry spells with no significant rain forecast for the next three months have left many concerned about what the rest of summer may hold.

Northland farmers said conditions were hot and dry - which was draining water reserves and feed.

"Just puts pressure down the line on having to kill cattle earlier. Cattle space is limited - because of the dryness there's a lot of numbers coming out and that creates a space issue of getting the cattle away in the right timing.

"The market too softens quite a bit because of the dryness as well. You don't have the buyers and, you know, to come back in and rebuy as well when people are selling, normally."

Vujich said dryness was an ongoing concern for farmers - especially at this time of year when feed and water reserves were starting to wane - and this season had been particularly bad.

Another Northland farmer, Evan Sneath, said the worst of the dry weather was yet to come.

He said the conditions were made worse after a dry winter led to low levels of feed.

"There wasn't a lot of supplement made here in Northland this year due to the fact that we had a dry winter and then we went into the dry quite early, so yeah that's the biggest concern."

He said not having enough feed would mean being forced to buy it in.

"And then yeah, it's a cost - your profit on the other end is a whole lot less."

It was a different story for orchardist Dave Kelly, who said the dry, hot weather was fantastic for kiwifruit.

He said Kerikeri in particular had an irrigation system designed to withstand two serious back-to-back droughts.

"We're in a pretty luxurious position thanks to the foresight of some that came before us. So it's actually quite a preferable place to be - especially in terms of controlling PSA.

Agriculture Minister Damien O'Connor said he was concerned about the situation and was monitoring it closely.

He said certain thresholds had to be met before the government would provide financial assistance.

"Soil moisture around the reserves of water and indeed the seasons that have gone before. In Northland they've had a dry winter - other areas like Waikato and Tasman haven't had such a dry period and so they've got stores of feed for animals.

"We take all of those things into account and work alongside local organisations."

O'Connor said teams from the Ministry of Primary Industries had been deployed to the affected areas.

He said they were talking with Federated Farmers and other groups to make sure farmers were supported as best as possible.