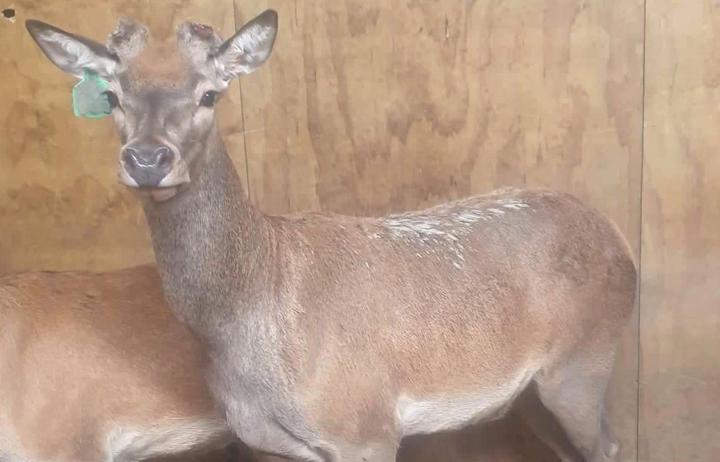 The velvet breeding stag that sold for $102,000. Photo: Supplied

Charteris said the high price needed to be kept in context and he and Dearden had considered the purchase carefully before making the winning bid.

"It's not as if we turned up on the day and this was an impulse buy," he said.

"We knew there was a hefty reserve on it and we did a lot of planning on how we would make it work effectively if we were the lucky purchasers."

Charteris, from Tikokino in central Hawke's Bay, said it was a competitive auction, and it always would have been that way with a stag of that character.

He said the pair would allow natural mating by the stag as well as semen extraction for an extensive programme of artificial breeding.

This would make make the huge outlay on the stag profitable, according to the farmers' calculations.

There are about 1500 deer farms in New Zealand and about 800 tonnes of velvet are exported from the country each year. China took two thirds of that, with most of the rest going to South Korea.

The value of the exports in 2018 was $64 million according to Statistics NZ.