Researchers are working to fill the information gap for winegrowers hit by extreme weather events. 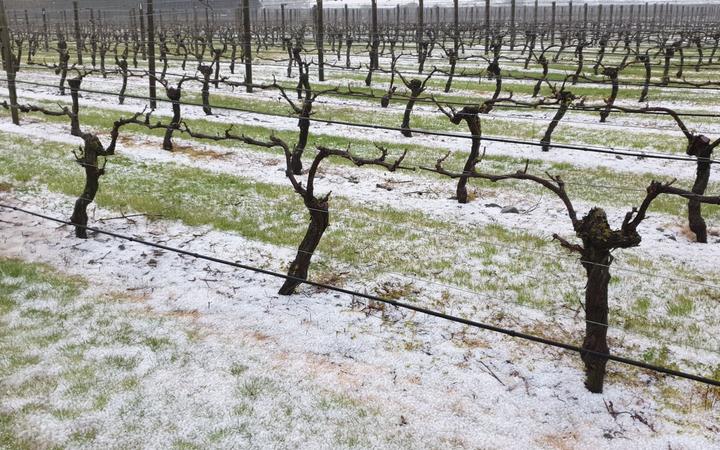 Chris Howell's vineyard had heavy hail lying beneath them, but those that are still yet to grow leaves were unharmed. Photo: Chris Howell / Supplied

The Blenhiem-based Bragato Research Institute has started a two-year project to work out how vineyard managers can best deal with hail storm damage to their vines.

The research follows severe hail in Hawke's Bay in October last year, which damaged about 600 hectares of vines.

Project leader, Len Ibbotson, said there was some general information available to growers about frost effects on vines, but not the effects of hail.

The random nature of hail meant it was important to broaden the information base available to growers, so they could react quickly and make decisions, Ibbotson said .

"It is really hard on growers and their teams when you see all the hard work of a season undone by a weather event," he said.

Ibbotson said a large part of the project was focused on documenting the experiences of winegrowers and the management techniques they used to mitigate any damage caused by hail.

"Having more information gives them (other winegrowers) a resource to help put things in perspective with what they need to do and what they might expect as an outcome."

The research project will run through to 2021.