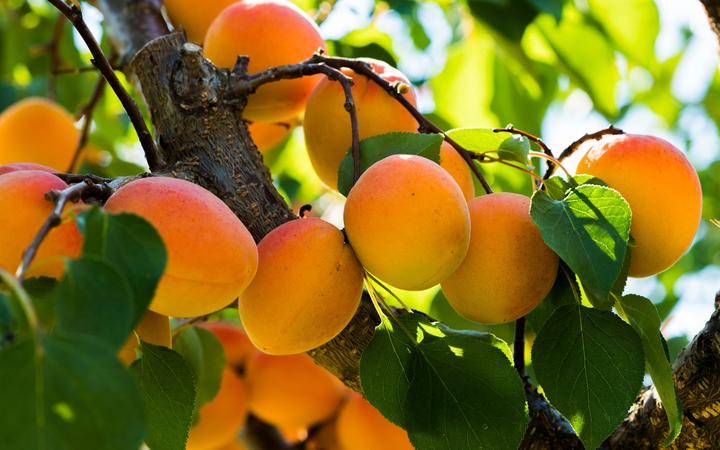 Early apricots from Hawke's Bay are in short supply after the hailstorm at one of the worst times of the year for growers. Photo: 123rf

The October storm struck at one of the worst times of the year for growers - when vineyards and orchards are in early spring growth and crops are particularly prone to damage.

Summerfruit NZ market support manager Richard Mills said Hawke's Bay produced about half of New Zealand's stone fruit and the crop was mostly sold at the start of the season.

Fruit from the other main growing region, Central Otago, came onto the market later in summer.

Mr Mills said hail damage had affected the availability of some stone fruit in supermarkets.

"[The fruit], it's there, but the volume is down - , so perhaps 30 percent of the volume not there in some categories, perhaps 50 percent or more of the volume in early apricots is just not there, so we're not seeing them in the supermarkets," Mr Mills said.

Mr Mills said a couple of growers in the region had been so badly hit they had closed their gates to any summerfruit leaving the orchard at all this season.

"But that's not generally the case, so [only] a couple growers out of our hundred or so," he said.

A support meeting was held a couple of weeks after the weather event for affected orchardists, which the rural support trust was involved in Mr Mills said.

The hail had been unprecedented and had been a learning experience for the summerfruit industry, he said.

"None of us have known an event this early in the season, that widespread and that severe."