Parts of New Zealand experienced their warmest year on record in 2019, with some records going back more than a 150 years. 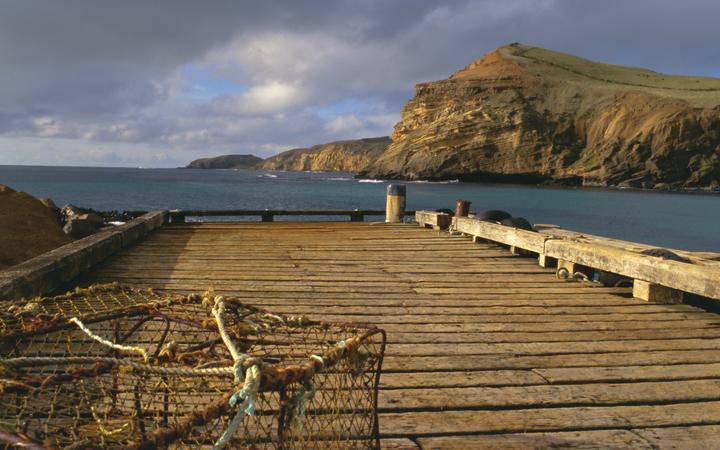 A wharf on Pitt Island in the Chatham Islands. Photo: AFP / Julia Thorne

Across the country, the Chatham Islands lead the way, recording temperatures 1.7 degrees above average.

The Chathams started recording their temperatures in 1878, and have never had a year warmer than 2019.

Salinger said the ocean was playing a big part in rising temperatures.

It was the same story in the Chatham Islands - which also had its warmest December on record.*

"To the Chatham Islands we had basically another marine heatwave and everyone's comment is on the incredibly warm seas to the east of New Zealand, an area of about 1 million km2."

Chatham Islands mayor Monique Croon said its been very warm in parts of the year.

"Thinking about November and December. It was extremely warm and it was extremely dry, we had constant Norwest weather and it's always very muggy and hot," Croon said.

She said the warm weather appeared to have affected marine life. Seventy-five percent of the Chatham Islands economy is based on fishing.

"We've had a lot more easterlies and I live on the eastern side of the Chathams, which is out at Ōwenga, and we've noticed that there's a lot of paua at times being washed up just from just a lot of the warmer water coming through," Croon said.

"And what they [paua divers] are saying is their food source has been affected."

Local fisherman Jamie Lanauze said kingfish, which were common further north, were being seen more often in the Chathams.

"From my understanding is that about seven, eight years ago, people started getting the odd sighting of them and every year we're just slightly getting more and more," Lanauze said.

However, kingfish didn't linger around all year, Lanauze said.

"Definitely a summer time thing, we don't see any at winter time, but sort of December onwards we start seeing them pop up around the place and we sort of get through to January- February you see a lot more and then they sort of just disappear again," he said.

Back on the mainland near Dunedin - which also had its warmest year since records began 1867 - fishermen are noticing the changes.

Port Chalmers Fishermen's Co-operative Society president Ant Smith said the fishing quota system needed to reflect the effects of climate change, and believed that was currently not the case.

"We're not concerned for the fish stock itself, it's just the changing of the fish stock and the penalties that we face when we catch fish that we traditionally don't catch," he said.

In the deep south, Invercargill was one degree above it's average temperature of 8.9 degrees, its warmest since year since records began in 1911.

The city's mayor, Tim Shadbolt, said "I think such a small change would be barely registered on most people's weather gauge ... I think that people aren't too worried about global warming here or anything like that, it's not a hot issue".

But Salinger said there was no disputing the earth is heating, and greenhouse gases have accelerated the rising temperatures, which could mean more records in the future.