Most North Islands residents affected by power cuts can expect it to be restored today after strong winds downed lines and trees. 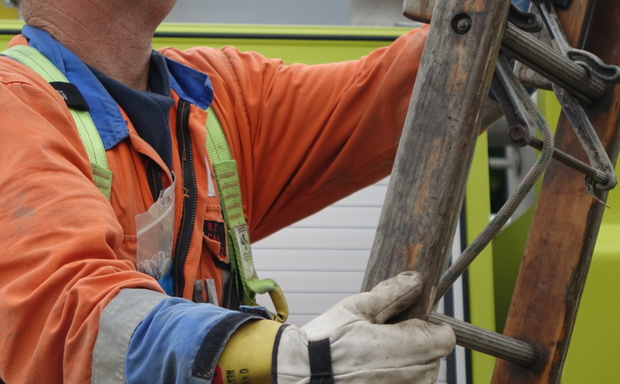 More than 9000 people were affected by the power cuts nationwide as winds gusting up to 120km/h battered the lower South and North islands yesterday.

Crews worked through the night to restore power to thousand of residents.

"We were really taken aback a little bit by the weather event, mostly high winds from yesterday and a few around today. They seem to have broken a lot of branches and actually trees have come crashing down through the lines," Marsh said.

The severity of the wind made fixing lines a major challenge.

"We really couldn't climb ladders and we couldn't get our high-up trucks in the air, it was just simply too windy so we made safe those works and we've come back today to finish those," he said.

"We're obviously doing risk assessments, we're assessing if we can access the lines to repair them. Where we can, we repair them there and then."

During its peak last night, 7100 Powerco customers were without power. That was down to about 1600 by 11am, he said.

"It is unfortunate, but as we restore supply to our main lines, we find yet some more damage or some more outages ... there may be some unknowns yet that will catch us out, but we've got people actively patrolling lines.

"If there are lines down, please don't approach them, and be aware and mindful that it is still school holidays, that it's not obvious that a line might be tangled up in a tree that's fallen down so if you see windblown debris - look out for lines."

Further south, Aurora Energy said power has been restored to more than 2500 people since last night.

Metservice meteorologist Lewis Ferris said the strong winds were caused by a deep low moving eastwards below the country.

"We would like to believe that summer is full of sunshine and light winds. But in reality, that is not exactly true," Ferris said.

"We can still have these cold, windy outbreaks like we're currently experiencing - temperatures a lot below and there's very strong southerly winds."

Colder system usually popped up a couple of times most summers, he said.