After drought conditions were announced yesterday, the government said $80,000 would be spent in relief for the region, after little or no rain over the past few months led to low water supplies and animal feed.

"Every farmer across all regions of New Zealand now is more acutely aware of climatic conditions," O'Connor said.

"They are getting better prepared for these events, but sometimes they are just too hard and impossible to plan for."

He told RNZ's Morning Report the money would go towards eased tax requirements, social welfare and technical advice through funding for the Rural Support Trust.

"They're all in different situations in terms of their management or preparedness and that's where supporting the Rural Support Trust enables them to go round and offer that one-on-one advice as to how they can get through this period.

"They use that money very wisely, and it is enough to enable them to get on and do their job. It doesn't solve the physical challenges for each and every farm but it does enable them access to good advice."

"It is probably uncharted territory for a lot of us," he said. 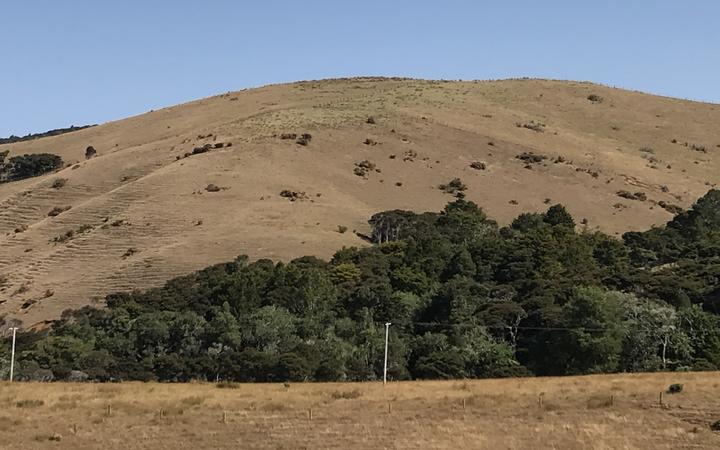 Blackwell said he would like to see restrictions on building dams and reservoirs eased to prevent future droughts.

Kumara grower Andre de Bruin, who is also chair of industry body Vegetables New Zealand, said he had been forced to mark time because his kumara were too small to be worth harvesting.

"At the moment our crops have really slowed because of the drought," de Bruin said.

"I should be starting to harvest this week and we will be delaying the harvest to hopefully get rain at some stage to get some size in the crop so we have a marketable yield."

de Bruin said his farm had only had three milimetres of rain since before Christmas so growth of his plants had completely stalled.

Other crops on nearby farms were also suffering, he said, and plants such as maize were wilting in the heat which could affect farmers' ability to build up supplies of feed for livestock.

O'Connor said dry conditions had also been affecting other areas including Waikato, Wairarapa and Nelson.

"We are monitoring them on a weekly basis, working with locals, the farming sector groups and getting feedback," he said.

"We don't step in to clear a drought or an adverse event unnecessarily, as I say it does affect how banks approach farming and we've got to you know, do it in a measured and calculated way."

ANZ Bank has said it would ease loan repayments for Northland farmers suffering from the drought.

It will also offer farmers access to short-term funding and waived fees for some loans and investments relating to the drought.

"Our real problem is that we only had 63 percent of our average rainfall last year. So soils are really dry."