First-time parking offenders who disputed their ticket will have their fines waived in a gesture of "goodwill" as the council acknowledges "issues" with Rotorua's parking system. 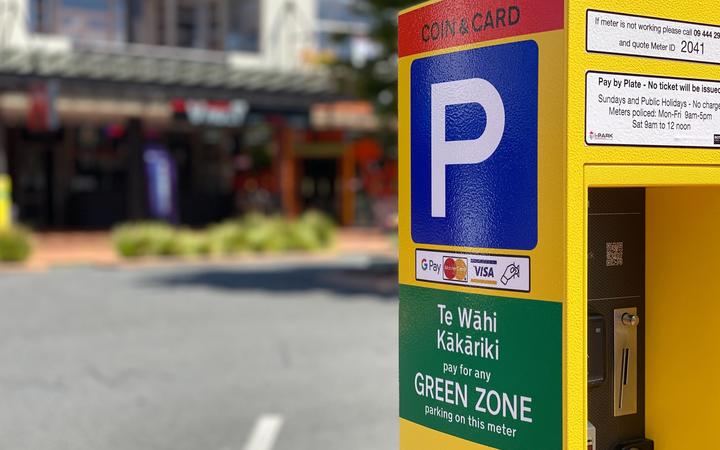 The i-Park system was rolled out in the CBD in mid-2018 and has been criticised - most recently by prominent local businessmen - for being difficult to use.

The council's infrastructure manager Stavros Michael made the announcement at a Rotorua Lakes Council operations and monitoring committee meeting on Wednesday.

He said of 300,000 i-Park transactions to date, there were about 2400 disputes "remaining unresolved".

Those qualifying infringements would be waived by the end of March, he said, but it would not apply to "repeat offenders".

Rotorua Daily Post has sought clarification from the council of exactly how many of the 2400 disputed tickets would qualify to be waived.

Michael conceded there had been "issues" with the new system.

"Looking objectively over the last seven months, it would be fair to say the evidence and the metrics indicate the vast majority of people are finding that the application of the parking regulations and how they pay for it ... quite manageable," he said.

"However, it is fair to acknowledge that for some people it is a step change. It is a new technology, it's a new methodology and for some people that change [has been] a little bit challenging."

He said the council introduced a "lenient" approach at the end of January, with parking wardens instructed to issue warning notices instead of fines in the first instance to number plates that had not had any infringements in the previous three months.

Michael also said a mobile app would be available for parking from mid-February, and from 23 February there would be a simplified navigation on the parking kiosk screens.

"We have an opportunity here to use the machines to provide better information and [advice] to people."

Mayor Steve Chadwick said "people like my generation" often struggled to use the machines.

"The change was big and still, we're all helping people get to grips with, 'finish your transaction, and you'll be right'."

"Solutions are much needed and we can move forward," Elliott said.

Brown, who owns the Pig & Whistle pub and Capers Epicurean cafe, said the changes appeared to be "progress all round".

"It took a little bit long, but we're getting there."

Lobby group Evolve's spokesperson Ryan Gray was outspoken about the parking system when he ran, unsuccessfully, in the council election last year.

He said it was good to see the council acknowledging the issues and the announcements were a "positive step in the right direction". The proof would be in the pudding if a mobile app was rolled out by mid-February, he said.

Rotorua Lakes Council has been approached for further comment about the changes.

An i-Park spokesperson said it was an agent of the council and was responsible for implementing the parking system according to the council's requirements.