Universities fear the temporary travel ban on foreigners from China due to the novel coronavirus outbreak is going to be a big financial hit. 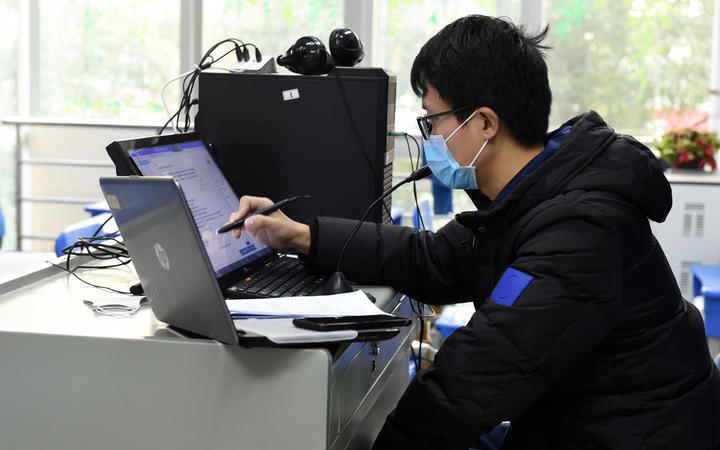 Universities fear the travel ban will impact Chinese students. Here, a tutor in China gives an online lesson so students can study from home. Photo: AFP

Latest figures from 2018 showed 15,000 Chinese students were enrolled in New Zealand's universities, but it's not yet known how many have already arrived for the 2020 academic year and how many might still be at home.

One university said up to 75 percent may be caught up in the two-week ban. The academic year starts 2 March, but if the ban is extended, students may miss the beginning of term.

Chinese students expecting to arrive over the next couple of weeks are reportedly feeling helpless, and deeply uncertain about if or when they will be able to fly.

International Students Association former vice president, Vaelyn Luo, said she had been in touch with many online.

"Those students are really frustrated, because all along they are thinking they have been given reassurances of: 'Don't worry, there is not a high risk of an outbreak or a pandemic in New Zealand'," she said.

"And then one day later, there was the ban. I can feel their frustration."

She said they don't know when they might be able to get here.

"The ban could be lifted after 14 days, but then again, do they reschedule their flights again? Or do they just wait? No one can tell them an answer".

Just under half of all New Zealand's overseas students are from China, and the travel ban is anticipated to have a significant effect on the institutions.

None of the universities RNZ approached would be interviewed.

In a statement, Auckland University said it estimated between 50 and 75 percent of its Chinese students were stuck in China. To help those affected continue with their studies, it was looking at sending them individual study plans.

Te Herenga Waka / Victoria University of Wellington said the 800 Chinese students it got each year were worth millions of dollars to both it and the city.

Massey University said most students would still be able to take their classes online.

Universities also suggested they can delay enrolment dates for some students, and many universities said they will directly contact their affected students over the issue. They asked students to continually check their websites for updated advice.

"I don't think at the moment, there is that appropriate response," she said. "But it has only been just a day since the announcement, so hopefully there will be more action."

She said the universities needed to send a clear message.

"The main thing really is for institutions to reach out to them and say, 'we are here to make sure you won't be at a disadvantage because you are overseas and you (aren't) able to come back'.

"I think definitely the main responsibility here lies with the institutions to make sure they [the students] are getting that support." 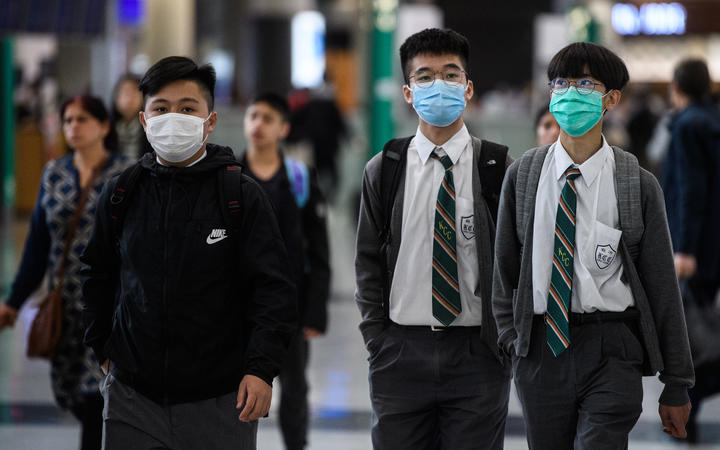 For Chinese students coming over to study in school, the ban is expected to be less of a problem.

"We did a survey of our member schools this morning.

"It's not definitive but just an indication of those schools that responded, that was around 15 percent of the students enrolled who had not yet come, and were affected by this travel ban. They will have to delay or make arrangements with their schools."