A suburb in Auckland receiving some new neighbours from Wuhan is welcoming the evacuees who will be quarantined nearby.

Up to 70 New Zealanders being flown out of the Chinese city, the epicentre of the novel coronavirus, will make their home at an isolated defence force training base in North Auckland in the next few days.

Whangaparāoa Peninsula locals are largely relaxed about being a lot closer to the outbreak, although a handful are worried it's not safe.

Locals are largely pragmatic and understanding about the incoming visitors.

"Well, they have to go somewhere and if they're in isolation I don't see much of a problem really," one said.

"The people there are not going to affect us here," said another.

"It's a good idea they be quarantined somewhere safe - far better than them just going home and self-quarantined in their houses." 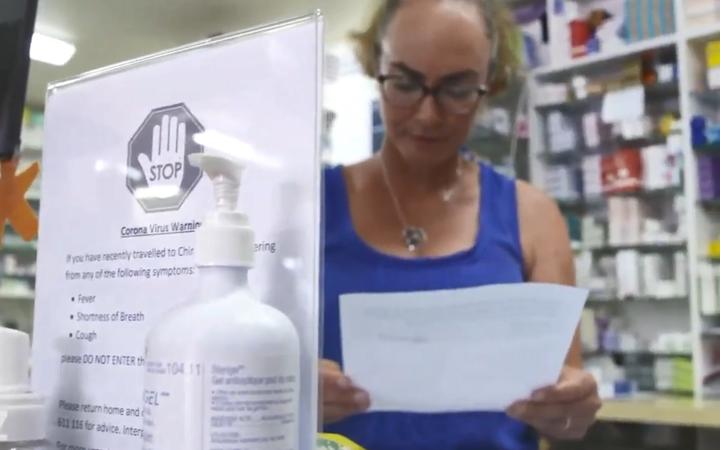 But there's some disquiet. The local community Facebook page has been flooded with discussion and commentary about the decision.

One of the group administrators, Greg Taylor, has had a busy day managing a sometimes heated page.

"There are quite a few mixed opinions - people are very paranoid or worried about it, and there are people saying it's very secure," Taylor said.

"There's some heated debate about it; some people are saying the government hasn't done enough, others are saying that they have."

Tania Adams, who owns the Manly Pharmacy nearby, said last week they sold 50 packs of masks - before the decision was announced - and have just got another shipment in.

"A week ago people started asking for them. We placed a very large order of masks and have some now," Adams said.

She said if people are worried, washing your hands is far more helpful to avoid picking up any type of flu.

"At the end of the day, a lot of the people that have become ill from having the coronavirus are quite elderly or have co-mobidity, so... their immune systems are quite run down."

The site where the evacuees will be quarantined is remote, and the secure gate to get in is itself hundreds of metres away from any private property.

Health Minister David Clark said they'll try keep life as normal as possible for people in isolation, and allow them to work and get on with life.

Another local said he understood the worry but putting evacuees in quarantine there was the rational decision.

"People will be pretty quick to fear and that's understandable, but that's as good a place they can be where they can receive proper treatment if necessary and be quarantined."

The flight does not have a departure date yet, but the government is working to make it happen as soon as possible.