Schools are reopening from today and the Education Ministry says there are early signs the high demand for teachers has eased. 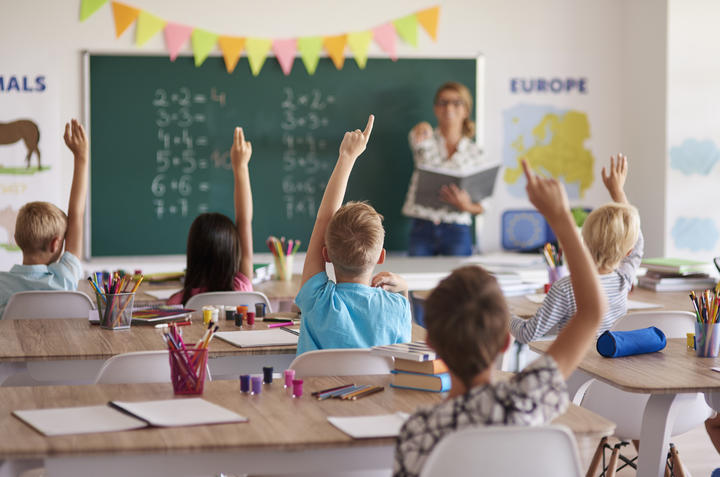 Recruitment agency Education Personnel said it was still seeing a high demand for primary teachers in Auckland but in the secondary sector the focus was more on the regions. (Stock photo) Photo: 123RF

However, principals say the teacher shortage that has especially dogged schools in Auckland is not over and many have turned to foreign teachers to fill the gap.

"There is still demand for teachers, it is not at the same level as last year or the year before and things are much calmer," she said.

MacGregor-Reid said about 100 of the vacancies lodged with recruitment agencies were for teaching positions starting in the first term of the school year.

She said government efforts to attract more teachers appeared to be taking the pressure off schools and she was confident they would be able to find enough teachers this year.

In the past two years, the ministry had helped place about 540 foreign-trained teachers in schools, MacGregor-Reid said.

The managing director of recruitment agency Education Personnel, Stuart Birch, said schools had lodged more vacancies with it than at the same time last year, but the agency also had more teachers on its books.

Birch said the agency was still seeing high demand for primary teachers in Auckland but in the secondary sector the focus was more on the regions.

"The demand for secondary teachers in Auckland seems to have topped out a little bit and the heat seems to be coming out of that," he said.

"The situation overall is much easier than it was last year, there are still a few hotspots of demand."

Birch said Māori-medium teachers were the most difficult to find and there was also high demand for technology teachers and many were being hired from overseas.

He said Ed Personnel has placed 125 foreign teachers with schools for the start of 2020.

The principal of Ōtāhuhu College, Neil Watson, said his school was fully staffed thanks to five new overseas teachers who would be starting this year, but it had taken a long time to get them.

"We've been recruiting for these people since about May last so it's a long process and it takes a long time to get good quality candidates," he said.

"For some of these positions we've known about these vacancies and it's taken us six to eight months to find suitable people and for them to get to New Zealand and get ready to start."

The principal of Randwick Park School in Manurewa, Karen McMurray, said her classes would be fully staffed for the start of 2020, also thanks to foreign teachers.

"We have got enough teachers, which is fantastic. First time in a number of years and I'd say that's thanks to what the government has been doing and the ministry as far as international teachers, attracting them to come and work in our schools."

But principals told RNZ the teacher shortage was definitely not over.

Swanson School principal Leandro Piantelli said he had been fortunate that he only needed to find one new teacher before the start of 2020.

He said he succeeded in appointing a good teacher, but the vacancy attracted about half as many applications as last time he advertised at that time of year and he was already worried about finding more staff later in the year.

"I think we only had three or four applications for the one job that we had available this year," Piantelli said.

"The biggest difficulty is to find teachers for classrooms that you have to open halfway through a term or through the year as your new entrants come in, because there's none available."