Primary schools are contesting the Ministry of Education's staffing estimates which they say will give them too few teachers next year.

The ministry has told the schools their minimum staffing in 2020 will be 151 teachers less than this year.

Meanwhile, the ministry has told other types of schools that it is expecting more students and it is guaranteeing to pay for at least 370 more teachers.

The staffing estimates come amid a teacher shortage that has left many schools, particularly those in Auckland, struggling to recruit staff.

The change for primary schools has happened because the ministry provided funding for 21,551 teachers to cover an estimated 431,177 pupils this year.

But next year it is expecting only 428,596 children with a staffing entitlement of 21,400 teachers.

The ministry's acting deputy secretary of early learning and student achievement, Pauline Cleaver, said its estimates were used to give schools certainty about the minimum number of teachers it would pay for next year but were not definitive.

It recalculated schools' staffing in March each year so it could increase staffing entitlements for those that needed it, she said. 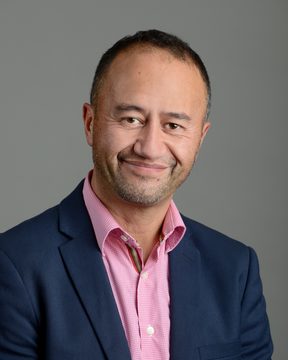 Principals Federation president Whetu Cormick said the fall of 151 positions was not a big drop when spread across about 2000 schools, but many principals were complaining that the ministry had got it wrong.

"I'm hearing across the country that school principals are unhappy with the unconfirmed staffing entitlement for next year and in many cases I'm hearing from school leaders that they have a reduction in their staffing," he said.

Auckland Primary Principals' Association president Heath McNeil said 240 of the association's 420 members responded in just one day to a survey about staffing entitlements and half said the ministry had under-estimated their likely roll growth next year.

He said in some cases schools have been told they will have fewer teachers next year even though the ministry has built more classrooms in anticipation of roll growth next year.

"In a school for example where they've got three new classrooms because of roll growth, their staffing entitlement has gone down. So the property division of the ministry is saying, 'yes we know that you're going to grow by three classrooms', but the resourcing part of the ministry appear as though they haven't been given that information," Mr McNeil said.

He said schools could contest the ministry's estimate, but that could be a drawn-out process.

The ministry said overall for all types of schools it had guaranteed funding for at least 44,131 teachers next year based on an estimate of 794,584 students by October next year, about 4000 more students than its estimate for this year and 221 more teachers.

It told secondary schools it would fund 200 more teachers next year to keep up with enrolment growth.

"There will be real concern about finding quality teachers to fill those roles," she said.