Drivers travelling between Napier and Wairoa will need to be vigilant at level crossings now that trains carrying logs are back servicing the route. 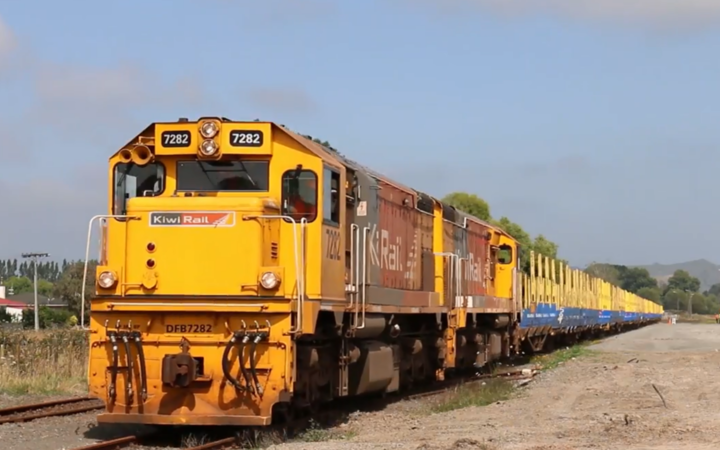 The route was mothballed in 2012 after storm damage, but it's been restored with $6.2 million boost from the Provincial Growth Fund.

The first log train ran yesterday, and one will run every Saturday and Sunday carrying 1400 tonnes each weekend.

KiwiRail chief operating officer Todd Moyle said the service was likely to grow and drivers at crossings should expect trains at any time.

"Log export forecasts show a wall of wood will be ready for export within 18 months, and the volume of logs harvested will continue to grow over the coming years."

He said parents needed to pass this message to their children born since services stopped and who may not know the risk.

Mayor of Wairoa Craig Little told Morning Report that the resurrection of the service would help improve road safety.

"It probably won't take [logging trucks] off the road initially, but it'll stop additional ones coming onto the road, as they're carting to the rail hub now... We need these trucks off the road."

The most important reminder was to stick to the road rules, Little said.

"When there's a stop sign, stop. KiwiRail have done a wonderful campaign on the radios, signage and all that." 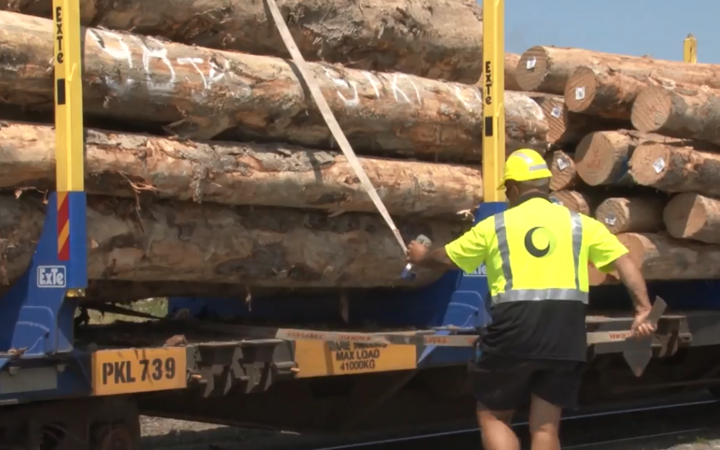 However, there were concerns about people ignoring the stop sign with the absence of physical barriers or bells, he said.

"I was following a motorbike on the way down to Hawke's Bay yesterday and I couldn't believe he went just straight through the stop sign. And I thought 'oh my God, this is the day that the railway is opening again'.

"So some people have to really start [reminding themselves], but it's no-one's fault but their own."

On the other hand, the service would also help create jobs and keep truck drivers in town rather than moving to Napier, Little said.

"We've got to look at Hawke's Bay as a region, we've got a pretty good port down in Napier, so obviously more logs coming in will create jobs on that end, but at our end I think you'll get other people using the rail line once it gets up and running properly."

Although it had taken some time to put the trains on the line, that was normal practice, Little said.

"People have to be a little patient with this one, it'll just slowly wind itself up."